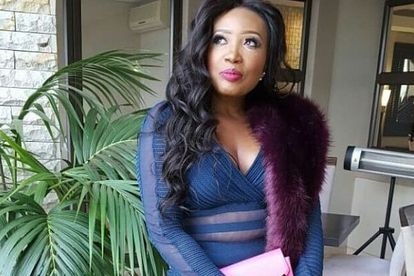 Sophie Ndaba is still the Queen Moroka we wish we had as a member of our family. Moreover, she is alive and well, contrary to the fake news that has been circulating on social media about her alleged passing.

Who is Sophie Ndaba?

We will forgive you this time. Sophie Ndaba is a legendary South African actress who has graced our screens as Queen Moroka, on Generations for the most part of our lives (if you were born in the 90s). Her eccentric role as the relative of Karabo Moroka captured the hearts of many South Africans.

She, together with a slew of other cast members of the popular soapie, left the brainchild of Mfundi Vundla citing issues of payment.

Since then, she has featured on a number of independent productions. However, for the most part, she tries her best to stay away from social media, but for some reason, it seems to find her

Social media went into a frenzy after it was said that Expresso Show had allegedly broke the news of her passing on their show that aired on Tuesday morning.

People could not believe the news, let alone accept it a week after dealing with the loss of Hip-Hop pioneer, HHP. However, Expresso Show was quick to realise what was happening and issued a statement on its position regarding the allegation that they started the rumour.

The rumours about Sophie Ndaba's death is false and we did not report on any news about her on the show today ? #ExpressoShow

Sophie too, who hardly tweets or shares anything on social media took to Twitter to prove that she was still alive. In fact, she was disgusted by the reason why she was trending.

The year is 2018. The mentally disturbed masses are still lying about the death of people in the public domain. Will it ever end? We'll never know. ? Will they ever change? I doubt it. ?

It appears then that all is good with the Queen. The last thing she deserves, with all that she is going through, is to wake up to the news that she is believed to be dead.