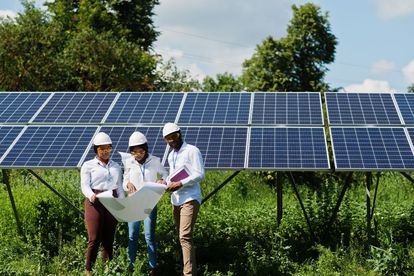 What impact will this have on renewable energy uptake?

Part of the challenge with the president’s announcements – and it’s natural that this will happen in a public speech – is that it’s relatively light on details and timelines. And so not everything is clear. The one thing that was clear though is that the environmental requirements that will be relaxed will only be those for solar PV (photovoltaic) farms. And this will only be in areas with medium to low environmental sensitivity.

That’s an important step because environmental approvals are usually the longest and and most expensive part of the regulatory process.

But there are important elements in the regulatory process that should have been addressed. For example, building a renewable energy project on agricultural land requires ministerial approval in terms of the Agricultural Land Act. That’s quite a lengthy process.

Other legislative constraints are related to the current Mineral and Petroleum Resources Development Act, which requires the consent of the minister of mineral resources for using the land surface.

In addition, municipalities have their own zoning bylaws that govern how land is used. So all of these add a lot to the time it takes to develop renewable energy projects. If these specific aspects, over and above the environmental and building planning approvals, could be shortened or streamlined, that would would take us much further.

There’s already a massive pipeline of projects that have been developed and are ready to go ahead as a result of bid window 5. Bid windows are periods where the government, as part of its procurement programme, invites companies to compete for contracts to produce renewable energy and sell it to Eskom, the power utility. Close to 10 gigawatts of projects were submitted for bid window 5 – five times more than what was asked for. These are all projects that are ready to be built.

So, easing up of some of the environmental requirements will to some degree speed up project approval over the medium term, but is perhaps not the main bottleneck.

What do the changes signal for the country’s energy sector?

We’re likely to see much more renewably sourced energy come onto the grid, more quickly. Many commercial and industrial clients such as mines, shopping malls and warehouses have already installed a lot of renewable energy capacity. Since these businesses can now sell that energy to Eskom, they have an incentive to maximise their generation capacity. That will have a big impact.

Some municipalities have also signalled that it would be possible for households to sell renewable energy onto the grid. Details on this aren’t clear at the moment. So that will happen over the medium term.

ALSO READ: Mini substation blows up in face of man trying to illegally reconnect it

If we can get a lot of the red tape out of the way, and get the registration process for new projects streamlined or automated, we’ll see a lot of capacity coming online quite quickly.

The medium term implications are a bit more complex. That’s because getting all of these variable resources onto the grid will need much more sophisticated management capacity because of the suite of services and products needed to keep the grid stable.

Another challenge is transmission. South Africa needs much more transmission capacity – more than R180 billion’s worth (over US$10 billion). One thing that would have been welcome, but wasn’t included in the president’s announcements, would have been powers enabling Eskom to expropriate land for transmission lines. Right now, it takes about seven years just to get through the land acquisition process, since every piece of land that the power lines traverse needs to be acquired on a willing-buyer-willing-seller basis with private land owners. The country’s already way behind schedule and needs much more transmission capacity urgently.

South Africa’s Northern and Western Cape provinces have really good solar resources with lots of projects having been developed. They’re ready to get onto the grid but can’t because of inadequate transmission capacity. So the system is almost entirely at the mercy of land owners. The process of getting the rights to use their land is very, very cumbersome.

Are the proposals likely to be challenged?

I don’t think so. The solar projects are limited to areas with medium to low environmental impact. I don’t see there being active resistance to these projects. There’s a legal precedent for that. South Africa has areas called renewable energy development zones, which have almost blanket environmental approvals for projects in those areas. And it’s something that’s existed for a while and hasn’t been challenged legally. Legal processes were followed when they were being established.

South Africa has been buying and selling power on the southern African power pool for a long time. And although the country has generally been a net exporter, it’s also been an importer. South Africa’s neighbours that have suffered because of South Africa’s lack of generation capacity have been increasing their generation capacity. One example of this is the Kafue Gorge Lower power plant in Zambia’s Chikankata district. Namibia and Botswana have also been exporting more electricity to the region. In that way, they’re weaning themselves off Eskom.

There are plans to connect Angola, Malawi and Tanzania to the regional grid. Will this affect generation capacity?

In general, the more connected the power pool is, the better it is for everyone because it gives the collective system complementary resources across the region.

That leads to the system being more balanced and operating more optimally, like we see in the European Union. That kind of stability would bring the costs down for everyone in the region.

The Southern African Power Pool is an important but often neglected part of South Africa’s energy story. The country has got used to dominating regional energy. The power pool is not often featured in South Africa’s thinking about the country’s energy future. It should. Hopefully this will move South Africa in that direction.