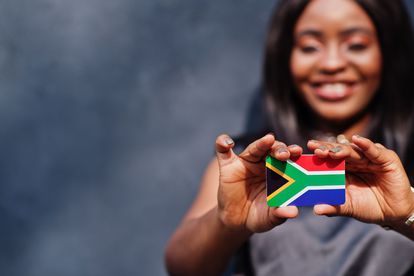 Former South African president Thabo Mbeki recently painted a gloomy picture of the country and its prospects. He said the governing African National Congress (ANC), led by President Cyril Ramaphosa, did not have a national plan to address the country’s many socio-economic problems. These include high and growing unemployment, inequality, poverty and crime.

The official national unemployment rate is 34.5%. The country is also the most unequal in the world, and about 55.5% (30.3 million people) of the population live in poverty.

Mbeki served two terms as ANC president, from 1997 to 2007, and national president, from 1999 to 2008. South Africa enjoyed an average GDP growth rate of 4.2% during his tenure, making him and finance minister Trevor Manuel the most successful economic combination in South Africa’s young democracy. Yet the country’s socio-economic problems, inherited from apartheid, persisted during his tenure.

Mbeki expressed concern about ANC politicians who did not serve the people of South Africa, but who were rather focused on self-enrichment. He also lamented the absence of a social compact – the collaboration between government, civil society organisations, communities, business and labour. And he pointed out the dire straits of local governments, especially those led by the ANC.

Mbeki lamented the high crime rate. He said South Africa was not well governed by the ANC, which has been in power since 1994. He warned that the country was ripe for its own Arab Spring – the uprisings that brought down the Tunisian government in 2011 and spread across the Arab world.

In my view, the country needs transformational leaders – who can inspire positive change in individuals and social systems – to fix its problems. Such leaders must be concerned about the country’s problems and be involved in helping to fix them. They must help every member of society succeed. Only transformational leadership can help bring about South Africa’s renewal.

The quest for renewal

Every South African who cares about the future of the country and its people will agree with Mbeki that, to avert disaster, something must be done urgently about the socio-economic problems he outlined.

However, people – including economists, political commentators, politicians, business people and policymakers – differ on what the objectives and methods of such a renewal effort should be. For example, some believe that the country’s wealth is based on natural resources, capital, prestigious jobs and job creation. To them, redistribution of wealth, affirmative action, job creation and higher wages are the answer to the country’s ills.

Others argue that South Africa is a poor country. So, wealth redistribution will at best make everyone poor. Therefore, economic growth is essential to grow the “cake” to be redistributed. To that end, the economy must be freed from state control so that entrepreneurs and businesses are motivated to make good money, invest more and thereby create jobs to make the country prosperous.

Of course, both these views have merit, but there are also blind spots that can severely damage development. We no longer live in the industrial age of the 20th century when the struggle between capital and labour reached its peak as a zero-sum game.

Although there is still a battle between capital and labour, in today’s economy, knowledge, skill development and pioneering innovation are the primary drivers of a country’s prosperity.

This requires that all South Africans join hands and participate. And this construction work must be undertaken with great patience, adaptability, respect, humility and a lot of hope and courage. For this to happen, the country needs transformational leadership.

Transformational leadership is a process in which leaders and followers help each other to constantly advance to a higher level of morale and motivation.

The best form of transformational leadership was displayed by Nelson Mandela, the late first president of a democratic South Africa. He envisioned the country as a “rainbow nation” and rallied almost the entire nation – black and white – behind the realisation of his vision. But it faded over the years.

The futurist Philip Spies, however, describes the new South Africa as a ship that started sailing in 1994 with very good hope and direction, but froze in a pack of ice 28 years later, bringing the country’s development to a standstill. This is the product of, among other things, class, race and ethnic polarisation and alienation of communities and greed, elitist governance and corruption by privileged and favoured public servants and politicians.

Sadly, the current political leaders – and this applies to most political parties – are not very good “icebreakers”. Too many politicians are self-serving and interested in self-enrichment. They are often far removed – literally and metaphorically – from the citizens.

The large group of poor people in the country feel betrayed by democracy. Political liberation did not produce economic liberation.

While politicians defend their positions and privileges, the poor want to survive. These are two contrasting motives by people who experience reality completely differently.

The incompetence and corruption of so many officials and politicians force people to revolt. This in turn creates opportunities for criminal elements. This kind of leadership sucks humanity out of people. It incites emotion and hatred that leads to upheavals that have no respect for anything and anyone, as seen in the Gauteng and KwaZulu-Natal provinces in July 2021.

But transformational, moral leadership is future-oriented. It changes attitudes in people and motivates them to do exceptional things.

Renewal – how to break the ice’s grip on the ship – carries dangers for the transformational leader. There will always be losers in a renewal process who can easily become disruptors, as seen in the transition to democracy in the early 1990s with certain right-wing political parties.

James Brian Quinn, the American academic and author, points out that transformational leaders must pay even more attention to the interests of those who may lose during a renewal process than to the programmes of change themselves.

Many so-called professional politicians are short-term oriented. This easily makes them “enemies” of longer-term development, therefore of the future of a country. That’s because they need to survive politically. But leaders who are only long-term oriented can easily lose sight of the immediate needs. So, citizens stop following them.

Transformational leaders are dedicated to long-term development – built on good background analysis – while also trying to solve the immediate problems of a country and its people.

For such leaders, continuous self-examination, sharp observation, service to people, and dialogue are crucial in putting a country on the trajectory of a knowledge economy and sustainable development.

If we measure the extent to which the country has skilled, capable and dedicated people who are building a vibrant, sustainable society, President Ramaphosa and the ANC sadly do not provide transformational leadership.

The country needs more than transformational leaders. It needs change management, a whole new design, which has the potential to lead to the purest expression of democracy for South Africa, with its vast differences in wealth, and diverse communities with their diverse interests. Yet, without transformational leadership, this is not possible.