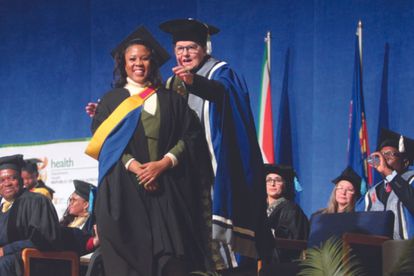 The objective of the programme is to alleviate the shortage of doctors in South Africa, especially in the historically disadvantaged communities, as well as to improve human resource capacity and strengthen the healthcare system in the country.

Health Minister Dr Joe Phaahla says the programme opened access to advanced training in the medical profession for disadvantaged students who would otherwise not be admitted in most of the South African medical schools because of their socio-economic background.

“The demand of doctors and other healthcare workers remains a huge issue in South Africa’s health care system. The system and our conditions as a country require those trained in the new health associated security paradigm and preventative approach to strengthen the primary health care system,”

From 1997 to date, the collaboration has produced 2 556 doctors, some of whom have become specialists.

Annually, since 2018, it has been producing more than 600 doctors, a milestone that exceeds South Africa’s local production of medical doctors.

“The current socio-economic conditions and environmental factors in South Africa requires the health sector to remain vigilant and maintain focus on infectious diseases as they have been shown to be the emerging threats,”

Part of the benefits that come with the programme is that the South Africa-Cuba universities collaboration in the academic discipline, especially in health, involves the sharing of information and exchanges in research.

“When the graduates return home, they get integrated into the South African medical schools for quality assurance of their qualifications,” the minister explains.

Afterwards, they get offered places in the internship and community service programmes.