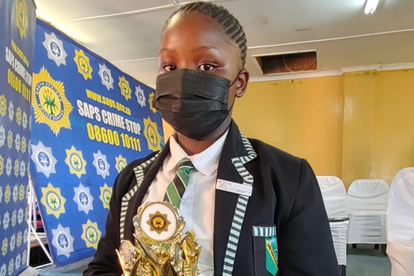 Teach them while they’re young. The Eastern Cape police have appointed four police kid leaders. SAPS hosted the competition event on Monday 4 October in Kariega (formerly known as Uitenhage). The trailblazing project is a partnership between the South African Police Service (SAPS) and the Department of Basic Education.

Amila Febana,13, was announced as the Junior Provincial Commissioner. SAPS explained that the work is inspired by a mission to offer children a chance to make a difference in the fight against crime. SAPS and basic education believe school criminality will meet its match.

“The Junior Commissioner Project is one of the SAPS’ Youth Crime Prevention flagship projects that seek to provide the youth of South Africa an opportunity to contribute and play a meaningful role in ensuring a safe and conducive learning environment in schools,” SAPS said.

“The secondary focus of the project intends to complement the SAPS Safer Schools Programme. This is aimed at advancing and reinforcing shared efforts by the SAPS and its social partners in line with the Implementation Protocol that was signed in 2011 between the SAPS and Department of Basic Education primarily to deal with criminality in South African Schools.”

The competition witnessed the young hopefuls compete in presentations where each school kid offered ideas of dealing with crime, drug abuse, gender-based violence and bullying in school environments.

After facing the heat of pressure to present, the special kids managed to keep their cool, calm, and collected to explain their vision were officially appointed as law officials.