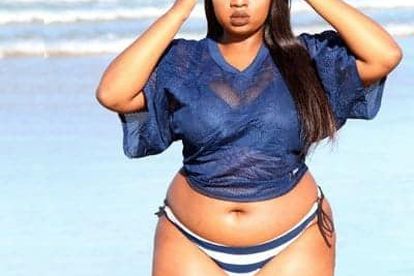 With just four words, SA plus-size model and photographer Thick Leeyonce, real name Lesego Legobane literally became an overnight sensation around the world when she clapped back at a Twitter user who used her photo as a meme.

Twitter user Leyton  Mokgerepi had a moment of “inspiration” when he opted to go the body-shaming route for Retweets, using a photo of model Joelle Kayembe alongside that of Legobane captioning it “girls I like vs girls that like me”. The latter referring to Legobane, who promptly responded “I don’t like you”.

Her phone must have blown p because the response received close to a million Retweets around the world, receiving love from the likes of Ava DuVernay, Nicky Minaj and Ariana Grande.

Meanwhile there was a pathetic attempt at backtracking…

Suffice to say, that didn’t work out well either…

“I can be fat and still be out of your league.” — @ThickLeeyoncehttps://t.co/I4LbAMUXPS

She even made the local news…

Publications from around the world clamoured for interviews…

I spoke to @ThickLeeyonce, the plus-size model who shut this tweet that used her photo *alllllll* the way down ?  https://t.co/QpFSwKwN0F pic.twitter.com/E1b27mfIla

This Woman’s Photo Was Turned Into a Body-Shaming Meme and She Had The Most Epic Clapback https://t.co/nz49x2DFmM pic.twitter.com/IwxMrcnC6O

This blogger had the ultimate clapback to a fat-shaming troll https://t.co/3MRRV66kuV

Overnight with the unwitting help of a troll, she gained thousands of followers from around the world and turned her Twitter account into a space for body-positivity.

The first time I ever took a pic that showed off my weight properly and on purpose. pic.twitter.com/lzMAZdW4xD

Also read: Serena throws a bit of shade at Sharapova in letter addressed to her mom

It was a moment of healing for some…

This ish hurts me so much cause my ex put up a similar meme on his social media while we were dating. This clapback is healing lol!

Sis, I did an interview with Teen Vogue, and New York Times, I'm not chilling, if I could, I would walk around with it glued on my forehead! https://t.co/k8FYwCvXL4

It had been a long day for our new heroine.

I've never spoken so much English in one day. My jaws hurt a bit pic.twitter.com/PA9KHgoQrl

Oh! What of our troll, you ask? Well, it had been a long day for him as well. There was even a desperate plea for divine intervention.