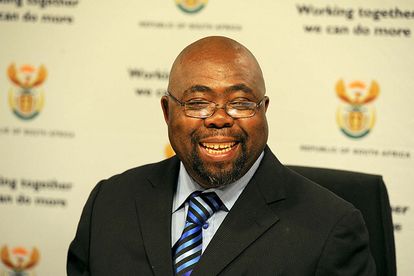 A report published by The Star alleges that the SA Department of Public Works has squandered an estimated R35 billion on mismanaged leases and unnecessary construction projects. The numbers are based on annual internal reviews in the department dating back to 2009, and are featured in an official government document, which was leaked to the newspaper.

Public Works Minister Thulas Nxesi commented on the findings, saying that he found the numbers “shocking”.

“The Public Works turnaround has uncovered R34.9 billion irregular expenditure, some of which goes back as far as 2001.”

He further explained that the financial losses were due to “a result of supply-chain management processes not adhered to”. In the same breath, however, he dismissed claims that the enormity of these numbers should imply fraudulent transactions as the chief cause for the misspent public funds.

“The department may have obtained value through such transactions although some technical discrepancies occurred during the procurement or payment process.”

Nxesi detailed those technical discrepancies to be pertaining to “incomplete documentation, incorrect approval of transactions, non-competitive bidding for tenders, incorrect calculations, and emergency procurement for non-emergency situations.” The minister also told reporters that he would be expected to table the findings of the report in parliament this week, emphasising that there would be legal consequences.

“I am doing this because I believe to promote good governance you need to be transparent and accountable. That transparency will help expose any irregularities. Accountability for all of us is the culture I am trying to inculcate at public works. That is my philosophy. We have always been in the public eye about scandals, but we are turning that around now.”

The newspaper report also mentioned that over the five-year period in question the Department of Public Works had actually begun to improve its performance, with numbers gradually decreasing from R22 billion misspent in 2009 to R600 million in 2013, while conceding that about R1.1 billion was lost during the entire period examined due to fraud.

With Minister Nxesi speaking thus confidently, it is unlikely that he will personally be held responsible. A senior member of the ANC, Nxesi has previously served as Deputy Minister of Rural Development and Land Reform.