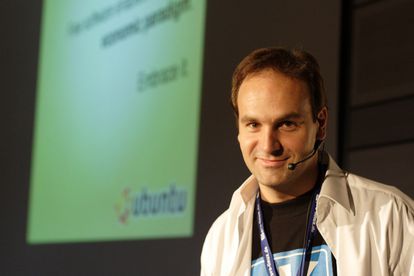 The entrepreneur has repeatedly criticised South Africa’s legal framework, which makes cross-border investments difficult for expats, particularly due to exchange controls and the cost of ensuing court cases if disputes arise.

“It is more expensive to work across South African borders than almost anywhere else on Earth, purely because the framework of exchange controls creates a cartel of banks authorised to act as the agents of the Reserve Bank in currency matters.”

“This case also has a very strong personal element for me, because it is exchange controls which make it impossible for me to pursue the work I am most interested in from within South Africa and which thus forced me to emigrate years ago.”

Shuttleworth first took the Reserve Bank to court in June 2013, after he had to pay over R250m in order to get some of his assets out of South Africa in 2009. He argued that the money should be returned to him, because he had paid a 10 percent “exit charge,” when moving his R4.27bn worth assets abroad in 2008 and 2009, a year after the government abandoned the levy.

Jeremy Gauntlett SC, for the Reserve Bank, said that the move could be highly damaging for the economy. “If the applicant succeeds in striking down Section 9 of the Currency Act and declaring all orders and rules unconstitutional, there would be no inhibition on removing capital from this country at all,” he warned.

Shuttleworth then claimed that the exchange control regulation was unconstitutional is based on the notion that the public was not consulted. He recently stated publicly that “legalese” takes a special place among his dislikes, and is an outspoken proponent of limiting government control in South Africa. Shuttleworth pledged the R250 million worth of funds that he won to starting a fund aimed at selectively financing business litigation “cases on behalf of those unable to do so themselves, where the counterparty is the state.”

“For that reason, I will commit the funds returned to me to today by the SCA to a trust run by veteran and retired constitutional scholars, judges and lawyers […].”

“This is a time in our history when it will be increasingly important to defend constitutional rights. Historically, these are largely questions related to the balance of power between the state and the individual. For all the eloquence of our Constitution, it will be of little benefit to us all if it cannot be made binding on our government.

“I pursue this case in the hope that the next generation of South Africans who want to build small but global operations will be able to do so without leaving the country. In our modern, connected world, and our modern connected country, that is the right outcome for all South Africans.”

Shuttleworth went on to justify his philanthropic move, saying that it is “expensive to litigate at the constitutional level, which means that such cases are imbalanced – the State has the resources to make its argument, but the individual often does not.

Shuttleworth’s fortune is now split between the UK mainland and tax haven The Isle of Man. However, he is still a South African citizen and his money is used to invest in start-ups in South Africa, and his charities continue to support funding and fellowships to social innovators.

Shuttleworth made millions in his illustrious career with various start-up ventures. The founder of the popular Ubuntu computer operating system had started his IT empire in the late 1990s with Thawte, an online cryptography business, and later made headlines as the first African civilian to fly into space.