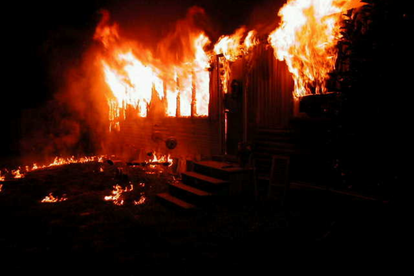 A tragic story coming out of Pretoria West: Five family members, including a six-year-old boy – have been killed in a house fire which occurred in the wee hours of Wednesday morning, 10 November 2021.

Tshwane Emergency Services’ Charles Mabaso says firefighters were dispatched to the scene  at 01:30.

“The first arriving firefighting unit to arrive on the scene found the house fully engulfed by fire, with parts of the roof having collapsed and were informed by bystanders that about 5 people are still trapped inside the house,” Mabaso says.

A 45-year-old woman and a 3-year-old boy managed to escape the blaze, but have been sent to Pretoria West Hospital to be treated for minor injuries and smoke inhalation.

Other victims of the fire are a 46-year-old woman – and three men, aged between 18 and 24. The cause of the blaze is not yet clear and an investigation is underway.

‘She didn’t want to get married’: Ayanda Thabethe on DJ Zinhle