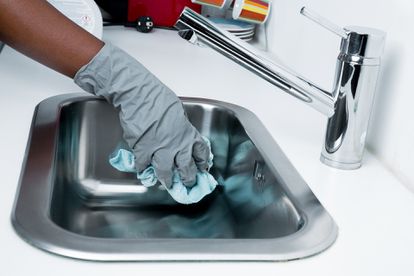 The police in the Eastern Cape arrested a 19-year-old suspect for an attempted house robbery in Storms River on Tuesday, 9 November. The suspect was arrested by armed response security after a domestic worker, who was alone with her 90-year-old employer, fought him off and pressed the panic button.

A domestic employee was working when a young man allegedly approached the house and asked her for water, which she gave to him.

The young man left and she continued with her work. Moments later she allegedly caught the same young man inside the bathroom, which he presumably entered by climbing through a window.

“It is said that an intruder attempted to grab a laptop, and a scuffle ensued between the two.  During a scuffle, a domestic worker managed to press a panic button to activate an armed response of a private security alarm,” said Nkholi.

The 19-year-old was apprehended outside the house by a security officer as he attempted to flee the scene.

The domestic worker and the 90-year-old owner of the house were not injured during the incident.

“A 19-year-old suspect was arrested and is due to appear in the Storms River Magistrate’s Court soon on charges of attempted house robbery,” said the police spokesperson.

In an unrelated incident, an elderly man, 82, was assaulted by an intruder on Monday, 8 November, at approximately 13:30.

The unknown intruder allegedly rushed into a house in Beaufort Street, Kenton on Sea, and beat the elderly man with his fists.

“It is further said that a suspect made off with a laptop, a cellphone and cash,” said Nkohli. The police arrested a 33-year-old man and recovered the stolen items minutes after the robbery took place.

The 82-year-old man was treated for minor injuries. The suspect is expected to appear before the Kenton on Sea Magistrate’s Court on Wednesday, 10 November on charges of house robbery.