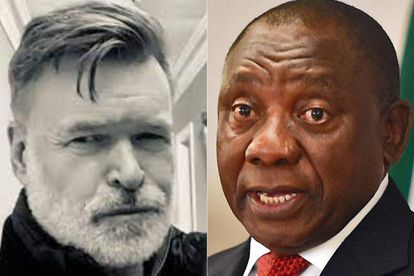 Richard Calland has cleared the air on why he withdrew from the panel appointed to investigate the Phala Phala farm saga. Image: @richardcalland / Twitter and GCIS / Flickr

Richard Calland has cleared the air on why he withdrew from the panel appointed to investigate the Phala Phala farm saga. Image: @richardcalland / Twitter and GCIS / Flickr

Associate professor at UCT Richard Calland released a statement regarding the reasons why he withdrew from the panel chosen to investigate the Phala Phala farm saga.

Calland says he is a ‘fiercely’ independent person

Calland rejected allegations of bias stating that he is a ‘fiercely’ independent person. He stated that as a trained lawyer, he is capable of assessing evidence and reaching conclusions based on an impartial application of relevant law or rules without ‘fear or favour’.

“I would do so regardless of anything that I have said or written in the past in my role as a political commentator,” he continued.

He does not want to divert attention from the ‘real issues’

Calland added that the above was not the only consideration. He explained that he has devoted his career to Constitutional democracy and accountability as well as the rule of law. He further stated that he does not want the unnecessary controversy surrounding his appointment to divert attention from the ‘real issues’ at stake.

“I do not want unnecessary controversy over my appointment to divert attention from the real issues that are at stake, or the possibility of undue delay arising from it, to clutter or otherwise impair the integrity of such an important constitutional process,” said Calland.

Previously, it was reported that the Economic Freedom Fighters (EFF) have slammed the ‘biased appointments’ for the independent panel to investigate the robbery at Phala Phala farm.

In a statement, the Red Berets rejected the appointments made by National Assembly Speaker Nosiviwe Mapisa-Nqakula. The party stated that her appointments are ‘irrational, bias and are a complete disregard of the consultative process with political parties represented in Parliament.

The EFF believes that Mapisa-Nqakula essentially spat in the face of South Africans and the country’s democracy. The party was convinced that the Panel would be biased and favour President Cyril Ramaphosa in its investigation. The EFF noted the appointment of Richard Calland calling it the ‘most appalling’ of all. Read the full story here.