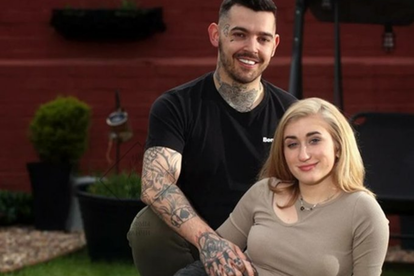 This Ukrainian refugee came to the UK looking for a home but ended up with a man instead. Image via Twitter: @boomer_babel

This Ukrainian refugee came to the UK looking for a home but ended up with a man instead. Image via Twitter: @boomer_babel

Remember the British man who had an affair with a Ukrainian refugee who had been him and his girlfriend? Well, they didn’t exactly get the happy ending they had hoped for as he has apparently broken up with the woman.

According to Daily Mail, 30-year-old Tony Garnett has thrown out 22-year-old Sofiia Karkadym out of their rented home, due to her abuse of alcohol and apparently using a knife to intentionally damage the wall. Police ended up being called into their West Yorkshire home.

Karkadym was one of millions of Ukrainian refugees who fled their country after it was invaded by Russia earlier this year. She was offered refuge by the man and his partner but soon ended up with way more than just a place to stay. Their story went viral and led to many labelling Karkadym a “home wrecker.”

TONY SAYS HE AND UKRAINIAN GIRFRIEND ‘ARE FINISHED’

Tony has also told the publication that his former Ukrainian lover was interfering in his relationship with his two daughters, which he shares with his former partner.

He said he couldn’t deal with her fiery temper and the constant abuse he had to endure during their four month relationship.

“I left Lorna and my two children for her, and I made every extra effort I could to help her keep us together. I worked so hard to make this relationship work. I knew that we would look like tw*ts if we broke up because we have a media profile and all the attention that has been put on us on television and on the internet,” he said.

Tony adds that he genuinely felt sorry for Karkadym, because of the situation in her home country.

“Yes, I felt and I thought I was in love with her. But there is a side to her which I just cannot put up with any longer. She gets angry and aggressive,” he said.