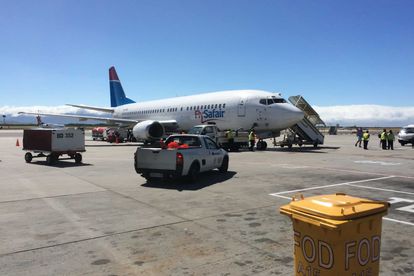 Ahh, *now* life feels normal again. The COVID-19 pandemic was responsible for stopping FlySafair’s annual mega-deal going ahead in the past couple of years – but we’re happy to report that their offer of ludicrously-cheap flight tickets is making a major comeback in 2022.

As one of SA’s domestic carriers, FlySafair have forged a positive reputation for themselves. They enhanced their standing with the public almost four years ago, when they dropped the R4-per-ticket campaign.

That was followed up by a R5 sale in 2019 – and the infamous ‘waiting room’ that bargain hunters were directed to. However, with the airline now firing on all cylinders again, they’ve brought back silly season.

8, what a lovely, jolly number with its two perfectly formed inter-looping circles. But on the flip-side it can get you in a twist, it can get you knotted to infinity & beyond, it can make you crazy! It’s certainly making us a little cray right now… What could it be? pic.twitter.com/RDnfU8Fq2s

That has since been followed up by a more direct response, with FlySafair revealing that flight tickets will be flogged for a measly R8-a-pop. Alas, we’re none the wiser as to *when* this sale will actually take flight, but as soon as the airline make those details public, we’ll be dishing them out too.

“Get your devices ready, make sure your WiFi’s paid up, stock up on snacks, and get ready for the Crazy 8… Keep those peepers on our social media feeds for tips on how to best get prepared.”