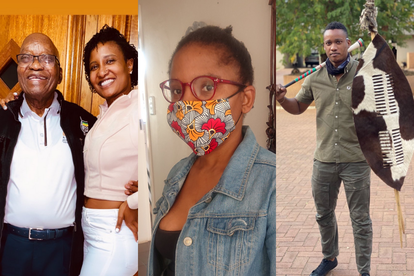 Outgoing Acting Minister in the Presidency, Khumbudzo Ntshavheni has made it clear that no one will be exempt from facing the consequences of their involvement in the riots and looting incidents that shook KwaZulu-Natal and various parts of Johannesburg only a few weeks ago.

South Africa’s Acting Minister in the Presidency, Khumbudzo Ntshavheni has shared some harsh words for those involved in the KwaZulu-Natal and Johannesburg riots and looting instances that left many jobs lost, businesses destroyed and more than 300 people killed a few weeks ago.

After announcing that arrests have already been made regarding the looting, she also added that Jacob Zuma’s children who have been accused a number of times by social media users of inciting violence, would not be exempt from investigations.

“Let me deal with the question of whether the Minister of Police has indicated whether the Zuma children will be investigated. We have indicated that the investigations will affect anybody and everyone irrespective of whose child they are, which position they occupy, which organisation they belong to, which profession they are in, whether they are a celebrity or an ordinary person. If they are implicated, they will be investigated, they will be arrested and will be prosecuted,” the minister said according to a EWN article.

In July this year, the Democratic Alliance (DA) confirmed that they will lay charges against former President Jacob Zuma’s twins Duduzile and Duduzane Zuma, their brother Edward Zuma and EFF leader Julius Malema for inciting violence.

The party says following the arrest of former President Jacob Zuma, his daughter Duduzile took to social media to post a number of tweets that encourage and incite the violence and looting that has destabilised KwaZulu-Natal and Gauteng and which is spreading to other parts of the country.