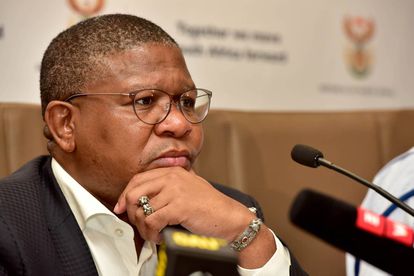 Transport Minister Fikile Mbalula has appointed Alec Moemi as the new Director-General of the transport department and his first task will be to insource security guards for the Passenger Rail Agency of SA (PRASA) and send them for police training.

Moemi brings a wealth of experience in government with him, having formerly served as the director-general of the sport and recreation department under Tokozile Xasa.

Notably, he is also the first permanently employed director-general for transport in three years.

Mbalula has not given Moemi much time to settle into his new office either. The minister has given him the responsibility of insourcing and sourcing training for PRASA’s security guards and expects it to be done as quickly as possible.

“This policy must be produced as a matter of urgency. This exercise must lead to direct insourcing of at least 80% of security personnel by PRASA,” said Mbalula.

“These security officers must receive their basic training from the South African Police Service and I’ve discussed this with [Police] Minister [Bheki] Cele and we have agreed on this and soon we will have to sign a memorandum of understanding to undertake this particular mission.”

In a fairly poor choice of phrasing from the transport minister, he said expected Moemi to hit the ground running but the overall message from Mbalula was clear.

He has made several pledges to both the public and parliament that he intends to fix failing passenger rail services around the country and this is a step towards fulfilling those promises.

The most notable occasion was on a recent visit to Cape Town during which the transport minister tried to take a token train ride to experience what locals had to on a daily basis.

And the trip went about as well as anyone who has used the Cape’s rail service in recent years would expect: Poorly.

Before the train even left the station it was delayed by a loose wire hanging over the track. Further along what should have been a 45-minute journey, the locomotive was again stopped due to a passenger incident at another station.

After this remained unresolved for some time, the rest of the journey had to be completed by bus.

And, of course, that isn’t even saying anything about the state of the actual train carriages themselves.

“The train is vandalised. I can easily be thrown out of one of these windows,” he said at the time.

“Public transport is a fundamental cornerstone of service delivery to the poorest of the poor. That cannot be overemphasised.”