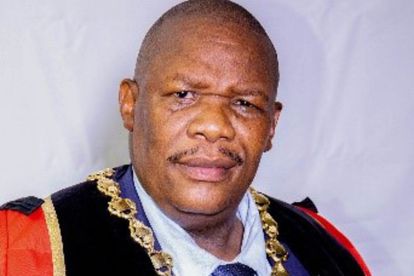 Msunduzi Mayor Mzimkhulu Thebolla pledged to donate 10% of his salary to any project that aims to build better communities. Photo: www.msunduzi.gov.za

Msunduzi Mayor Mzimkhulu Thebolla pledged to donate 10% of his salary to any project that aims to build better communities. Photo: www.msunduzi.gov.za

Opposition parties reportedly rejected Msunduzi Mayor Mzimkhulu Thebolla’s 2022/23 budget. This is despite Thebolla’s pledge to donate 10% of his salary to any project that aims to build better communities.

Democratic Alliance (DA) caucus leader Ross Strachan was vocal about his distaste for the budget. Strachan described it as an “ANC unrealistic and irregular budget”. He was far from impressed with the R16 million yearly budget for water tankers. He also noted the Municipality’s R27 million support for the Maritzburg United soccer club.

“We cannot continue to burden the already deteriorated rate base, especially in these desperate economic times, and subsidise this municipality to govern its affairs accordingly,”

EFF shares their thoughts on the budget

The Economic Freedom Fighter’s Ntuthuko Mncwabe was also unimpressed by the budget. He shared that service delivery remains a concern while water and power cuts are also high up on the lists of concerns.

“Service delivery just does not seem to get to people. Of particular concern is the issue of water and power cuts,”

IFP are in support of the budget but has some reservations

The Inkatha Freedom Party’s (IFP) Thinasonke Ntombela said they supported the budget but still had some reservations with regard to the tariff increases. He also spoke about the continuous blackouts that residents have faced, reports TimesLIVE.

City of Johannesburg: Water, electricity and other tariffs to increase in July

Residents in the City of Johannesburg Municipality will have to dig deeper into their pockets when paying for utilities as tariffs are set to increase in July. This was revealed by MMC for Finance, Jullie Suddaby when she presented the City’s budget vote for the 2022/23 financial year this week.

Suddaby said the City’s target is to have a 90% collection rate in the coming financial year and this will go a long way in repairing it. Suddaby also said they cannot give everyone everything they have asked for. However, they believe that the tariff increases are reasonable and competitive.

The City of Johannesburg MMC for Finance said aging infrastructure that is well past its intended lifespan has caused massive losses, threats to safety. Read the full story here.