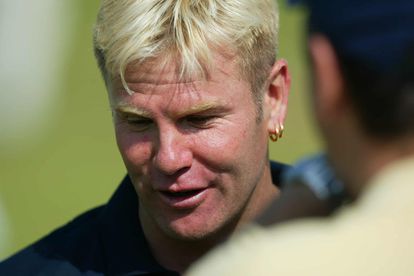 Another week has passed in the Marc Batchelor case, but answers and motivations remain in short supply. Despite police linking him to several underworld connections, the exact reasons for his murder are yet to be established. The scope of the inquiry has now turned to Cheré Gray, the former soccer star’s fiancée.

Voice-notes obtained by the Sunday Times revealed that Batchelor was doing his best to win her back. It’s understood the pair were “estranged” when the 49-year-old was gunned down in Olivedale, in a suspected hit. However, it has since come to light that Gray believed reconciliation was possible.

Who is Marc Batchelor’s fiancée?

She has previously described Marc Batchelor as her “everything”, labelling him an “enigma” and seemingly forgave him for “having a temper”. However, according to the ongoing police investigation, the pair were struggling to find common ground before the tragic incident.

The investigation so far

Almost everything about this investigation has been wild. Last month, a private investigator into the apparent gangland hit was nabbed for taking Batchelor’s phone from the scene of the crime, just minutes after he was shot dead. The accused has since been released by the authorities but found information had been wiped from the phone.

One week ago, Police found cocaine worth R1.4 billion hidden in a second-hand tractor in Australia. The vehicle had been imported from South Africa, and police are linking the discovery to the murder of Marc Batchelor. Both incidents happened within one day of each other. His fiancée isn’t thought to be involved in any criminal activity.

Marc Batchelor and his criminal connections

The murder itself has all the hallmarks of an execution, linked to the Serbian gangster network which runs in Johannesburg. While driving home, two motorcyclists pulled up next to Marc Batchelor and fired several shots through the driver’s side window. A gardener travelling with Batchelor was left unharmed.

The investigation – which has often looked stranger than fiction – rolls into its fifth week on Monday.