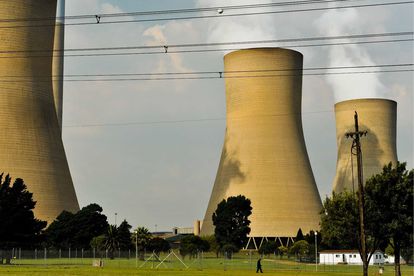 South Africa could be heading for yet another dark period, with an Eskom strike reportedly drawing near.

The power utility recorded a staggering loss amounting to over R20bn in the financial year ending March 2019.

Now, according to the City Press, a group of Eskom senior managers are dragging the utility before the Commission for Conciliation, Mediation and Arbitration (CCMA) after not receiving salary increases and incentive bonus in the past year.

The publication reports that the group in question consists of managers between 180 to 200, who each earn between R1.5 million and R3 million per annum.

They are demanding an increase of 4.7%, which is equal to what has been granted to middle management.

This, according to the City Press, is not the first time a similar matter at Eskom had been brought to the CCMA.

It is said that the commission ruled in favour of the workers, when they laid a similar complaint in 2018.

However, while the senior managers are fighting for an increase on par with that of middle management, the latter are reportedly unsatisfied with the 4.7% increase, as they were hoping for 7.5% instead.

Despite a recent government bailout, there are still serious doubts on whether Eskom can remaining afloat.

It’s wage bill plus financial mismanagement are just a few of the factors said to have contributed to its financial dire straits.

Of the multi-billion rand loss reported, more than R1.3bn has been put down to irregular expenditure.

A recent report on eNCA reported that 365 senior employees have had lifestyle audits conducted on them.

Load shedding on the horizon

In the company’s plan to recoup it’s staggering losses, it is set to introduce more tariff hikes.

The consumer could suffer even further as another round of load-shedding is also expected in August.

Recent reports suggest that Eskom is still struggling to meet its demands due to a shortage in capacity.