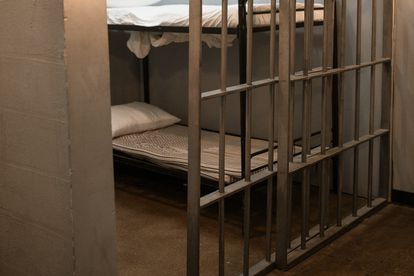 A man has been sentenced to life imprisonment on two counts of rape. PHOTO: Pexels.com/Rodnae Productions

A man has been sentenced to life imprisonment on two counts of rape. PHOTO: Pexels.com/Rodnae Productions

A man from the North West has been sentenced to life imprisonment for rape. But he further stabbed stabbed his victim in the knee during the ordeal.

The rapist, Oupa Herman Mabalane, 47, was at a tavern with his victim, 27, prior to the incident on 25 April this year. The victim’s sister and the sister’s boyfriend were also present at the time in Ga-Phiri Village near Mogwase.

After leaving the tavern, they all decided to go to the house of Mabalane’s uncle, said the National Prosecuting Authority (NPA).

The sister and the boyfriend went into a bedroom, NPA regional spokesperson Henry Mamothame said.

“They then went out when they heard the victim screaming. She indicated that the accused was assaulting her, to which they reprimanded him before going back into the bedroom,” said Mamothame.

But Mabalane tried again. This time he dragged the victim into a dark bedroom and raped her more than once.

“She sustained injuries on her right knee where she was stabbed with a screwdriver.”

Mabalane was arrested the following day after the incident was reported to the police. His bail application was denied and he pleaded guilty to the charges.

Questioned about why he stabbed his victim in the knee, Mabalane said this was to ensure he gets what he wants from his victim since they were not in a relationship.

“The accused had no other reason to assault her, except to force her to have sexual intercourse with him as they had no relationship.”

But the rapist is found to have 13 previous convictions, although they are not sexual-related crimes. Among the previous convictions include possession of ammunition, assault with intent to do grievous bodily harm and was declared unfit to possess a firearm.

ALSO READ: Parolee bludgeons baby to death while trying to hit the mother

The Mogwase Regional Court sentenced the rapist to life imprisonment on two counts of rape on Friday.

“In aggravation of sentence, the state prosecutor, Tebogo Mokoka, addressed the court about the prevalence and seriousness of the offence and urged it not to deviate from the minimum prescribed sentence. Magistrate Herbert Modiba agreed with the state and found no substantive and compelling circumstances to deviate from the prescribed minimum sentence of life imprisonment,” said Mamothame.