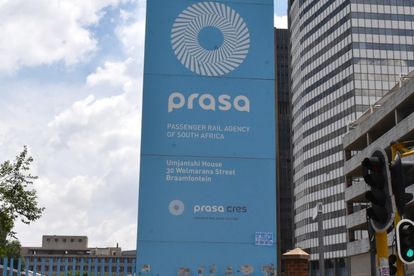 Parliament is delighted by the freezing of salaries for ghost workers at the Passenger Rail Agency of South Africa (PRASA). The Portfolio Committee of Transport says this is salaries worth millions of rands which have been stopped.

Committee chairperson Lisa Mangcu said they will closely monitor the developments surrounding this during the quarterly report’s presentation.

“Entities besieged with operational challenges, as at PRASA, need to be prudent with taxpayers’ money and exercise caution. The rail sector is where government should affect meaningful service delivery, where job creation is to be realised through infrastructure development, and affordable public transport for the larger population,” said Mangcu.

PRASA reported on Monday that it saved R200 million through an operation which stopped the payment of salaries to ghost workers. Minister of Transport Fikile Mbalula said criminal action will be taken against those who continue to sabotage rail infrastructure.

“The entity also needs to undertake a comprehensive audit of the qualifications of all its employees. This is important because it will protect the system from consultancy services that could easily be manipulated,” Mangcu said.

PRASA initiated Project Ziveze in November of last year. The project aimed to ensure that staff who earn salaries from the rail agency are indeed legitimate.

Mbalula said the investigation flagged 2 134 employees which were placed in different categories. The first was possible ghost employees who could not be physically verified and the second was identity theft.

This meant employees masqueraded as somebody else. The other categories included employees with fraudulent qualifications and those with serious criminal offences.

New measures will be implemented to address the findings, said Mbalula. These include a digital fingerprint and photo ID verification process with the aid of the Department of Home Affairs.

Criminal charges will be laid against those who are found to have committed fraud.

“This form of corruption cannot be characterised as anything other than stealing from the taxpayer. This is conduct we must all frown upon and encourage law enforcement agencies to act with the necessary speed to unleash the full might of the law on those hell-bent on stealing public funds,” said Mbalula.