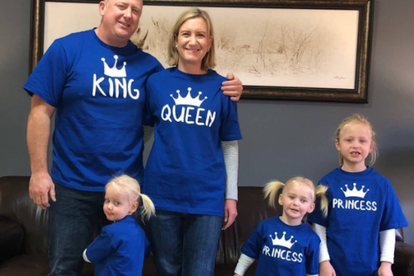 A photo of the Dickason family, before tragedy struck – Photo: Facebook

A photo of the Dickason family, before tragedy struck – Photo: Facebook

The pain that Graham Dickason has suffered in the past week is unimaginable. The doting father of three girls returned home last Thursday evening to discover that his children had all been strangled with cable ties. The mother, Lauren Dickason, is allegedly responsible for this heinous act – and she remains in a psychiatric facility.

The most traumatic of all ordeals came just a week after the family left mandatory quarantine in New Zealand. Looking forward to a new job in Timaru, South Canterbury, the idyllic life built by the Dickasons had been shattered by a moment of intolerable brutality – shocking both the island nation and those of us back here in Mzansi.

The triple tragedy has left Graham Dickason more isolated than he could ever have imagined. Health authorities in the COVID-zero nation are working on a special exemption for one relative to visit the grieving father from South Africa, allowing them to fast-track the necessary stay in quarantine – a move PM Jacinda Ardern has backed.

Staying in NZ no longer looks like a possibility for Mr. Dickason, either. The orthopedic surgeon is understood to be weighing up a move back to South Africa, after initially putting everything into his emigrational ambitions.

The Herald, a Kiwi national newspaper, confirmed that Graham Dickason is ‘receiving heaps of support’ from several dedicated teams, and the relative sent over to support him has safely arrived on New Zealand’s shores.

“We, as police and Victim Support, are continuing to support Graham through this tragic time. I also know the South Canterbury District Health Board are also giving him heaps of support. He has a family member arriving into NZ to support him today… We have had approximately 30 officers on this investigation.”