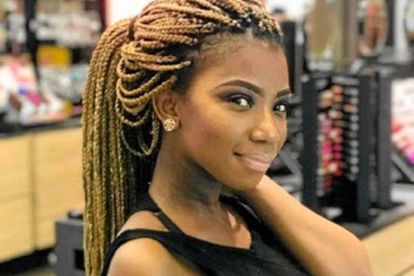 Tshegofatso Pule and her unborn baby’s lives were tragically taken away when Ntuthuko Shoba participated in Pule’s murder in 2020 – reports SABC news. This morning, Shoba’s court hearing began where he will be sentenced.

In 2020, Pule’s body was found hanging from a tree in Roodepoort with many gunshot wounds. She was eight-months pregnant and her unborn child did not make it either. Pule was only 28 years old.

Her murder sparked much outrage throughout the country. This is because it signalled how grotesque gender-based violence is in South Africa.

South Africa is credited with having one of the highest femicide rates in the world. It is estimated that one woman is killed every three hours.

Muzikayise Malephane admitted to killing Pule in court hearings that took place last year. He confessed that Shoba ordered him to take a hit on Pule’s life. Malephane states that Shoba’s motives were rooted in greed. He admitted Soba paid him R70 000 to take out the hit.

Malephane received a 20 year sentence which he is currently serving. The court convicted Shoba of premeditated murder in 2020. His hearings scheduled for June were postponed due to a pre-sentencing report being incomplete.

The defence asks for no life sentence

The latest reports from SABC News state that Shoba’s defence lawyer – Norman Makhubele – asked the court to consider not giving a life sentence. Makhubele noted that hitman Malephane did not receive a life sentence either.

According to eNCA, Pule’s family and loved ones believe anything less than a life sentence will be an injustice.

They continue to remember Pule fondly. In an interview done by eNCA, Neo Giwu – Pule’s Aunt – said the following of her niece:

“She was a happy child and bubbly. A child who loves fashion…She was not [the] child who will come to you and say you know, ‘I have a problem.’ Even if she was in pain, she would still smile.”