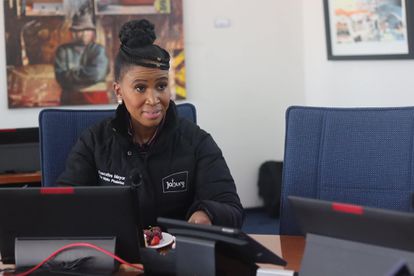 Ousted City of Johannesburg Mayor Dr Mpho Phalatse has started a petition for fellow South Africans, in particular, Joburg residents to rally behind her as she plans to save the city from the ANC-led government.

PHALATSE USES A PETITION TO FIGHT FOR JOHANNESBURG

Former Mayor Dr Mpho Phalatse was voted out following a vote of no confidence that took place in the City of Johannesburg. Her defeat saw the ANC regain power in Johannesburg.

The DA has been on a mission to fight for Phalatse’s position after they claimed the ANC seized power unlawfully.

LEGAL ROUTE NOT THE ONLY APPROACH BY THE DA

“I’ve said before, and I still maintain, that a court victory alone will not see the city restored to a trusted government. There is a political battle to be fought too. A battle to appeal to the senses of political parties who genuinely care about our city and its residents.”

Part of her strategy to win back the city is gathering support from the public.

“We as the DA will focus our attention on regaining the City of Johannesburg and stop the ANC and their unlawful coalition partners from looting the city a second time and again paying no heed to the needs of the residents.
The DA will not stand by while the ANC and its allies use corrupt means to grab power. Save Johannesburg by signing this petition! #HandsOffJoburg,” the DA stated.

“Use the hashtag #HandsOffJoburg to claim Johannesburg as your city and to tell the corrupt cabal that they are not welcome here. I too will be doing my part by seeing this court battle through,” Phalatse further urged.

She went on to say: “If what you want for Johannesburg is a continuation of our Golden Start, please let your voice be heard. Support us on social media. Support us on radio stations and in the press”.