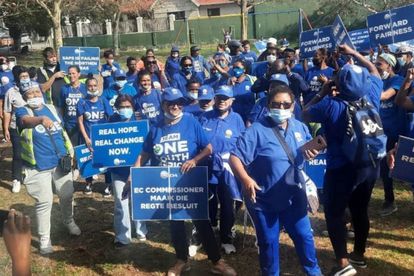 The Democratic Alliance (DA) called on the Presidency to halt amendments to Section 25 of the Constitution aimed at enabling land expropriation without compensation. The blue party has written to the Director-General in the Presidency, Phindile Baken.

“National Cabinet has an obligation to protect the integrity of our constitutional Republic and the protection of every citizen’s rights, including property rights,” said Dr Annelie Lotriet, Chairperson of the DA Parliamentary caucus.

Earlier this month, the Democratic Alliance (DA) embarked on a drive to mobilise civil society organisations to halt the government’s plan to expropriate land without compensation. A move, it believes, would intensify poverty, jeopardise food security and damage an already precarious economy.

At a virtual media briefing Dr Ivan Meyer, the DA’s Federal Chairperson and Western Cape’s Agriculture minister was supported by Sakeliga and the Free Market Foundation (FMF) in vehemently opposing the amendment of Section 25 of the Constitution which would allow the government to expropriate land without compensation.

The DA was concerned by the actions of the ANC-EFF coalition which it says seeks to nationalise ownership of South African land and prevent people from using the courts to settle land expropriation cases.

The DA warned that the ANC/EFF bid to place land “under the custodianship of the State will effectively ‘nationalise’ the land under the control of the State – a disastrous move that will lead to economic devastation and escalating poverty, as it has already done in countries as diverse as Venezuela and Zimbabwe,” said Lotriet.

The FMF cautioned that amending Section 25 would allow government to proceed with land expropriation without consideration for the rule of law. Amendments the ANC/EFF coalition are touting “will discourage security of tenure, cast doubt on property rights and dissuade both local and foreign investment”.

Sakeliga’s, Martin van Staden wanted to convey to government that it would not accept the Land Expropriation Bill because it implied confiscation of land without compensation.

“Confiscation [of land] is incompatible with constitutionalism. The protection of private property rights is a necessary precondition for a citizenry that is not dependent upon government favour. It is also necessary to provide the material basis upon which an independent civil society exists.”

Meyer said the government has failed in achieving land reform in South Africa due to governance failure and not because the Constitution has failed the country. The DA will use the courts to settle this matter, should the ANC proceed in passing the Land Expropriation Bill without Compensation.