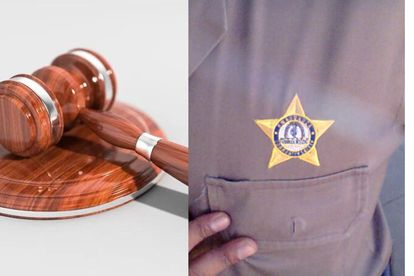 A KZN traffic officer was sentenced to three years direct imprisonment for soliciting a bribe from a motorist.

“In August 2019, Nene, who was a traffic official for KwaDukuza Municipality, committed the offence when he spoke to the complainant in the matter,” said Natasha.

The KZN traffic officer told her that her car lights were too close to the tyres and that she could be liable for a fine of R800.

“He then removed her car license disc and withheld her driver’s license as well.”

THE COMPLAINANT DID NOT HAVE THE HAVE FULL AMOUNT

Nene told her that if she paid him the R800 directly, he would not issue a fine and, return her license disc and driver’s license.

“The complainant mentioned that she only had R200 on her and Nene agreed to wait for the rest of the money. A trap was then set up and Nene was arrested after taking the remaining money,” Natasha explained.

During the trial, Senior State Advocate Ranjini Govender led the evidence of the investigating officer and the complainant’s testimony. Nene was sentenced accordingly.

Natasha said the NPA welcomed the sentence and conviction.

“We hope that this sentence demonstrates that no person is above the Law,” she said.

Another corruption case stemming from 2019 saw the arrest of a 42-year-old by the Hawks for ‘outsmarting’ the Department of Transport, Safety and Liaison over a tender.

It is alleged that on 14 May 2019, a complainant received an email purporting to be from the Department of Transport, Safety and Liaison requesting a quotation for the supply of 400 cutting discs.
He was paid an amount of R133 572, 81 by the department but a quick investigation led to his arrest.