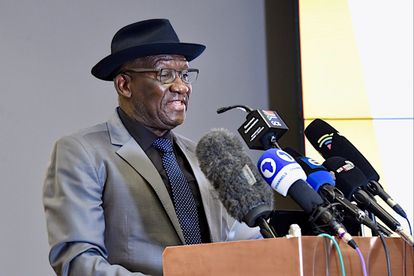 The first quarter of the 2022/2023 financial year shows a decrease in sexual offences including rape, but nearly 10 000 rape cases have been reported between April and June.

RAPE REMAINS A PROBLEM DESPITE DECLINE

While rape cases have declined by 500 compared to the same period last year, 9 516 rape cases have been opened by the South African Police Service between April and June.

The North West and Northern Cape are the only two provinces that have reported an increase in this crime category, said Police Minister Bheki Cele.

But a large portion of these cases happened behind closed doors. 3 780 of the reported rape cases took place at either the home of the rapist or the victims, said Cele.

“1 546 people were raped in public places such as streets, parks and beaches.”

The third most likely place of rape cases is in public transportation such as buses, taxis and trains.

“It is on this score that SAPS will continue to prioritise gender-based violence (GBV) related crimes,” said Cele.

NEARLY 300 CONVICTIONS IN THE SAME QUARTER

Since the majority of cases happen behind closed doors, making it difficult for police to investigate, there has been some success in convictions.

286 rapists were convicted through the work of the Family Violence, Child Protection and Sexual Offences (FCS) unit, said Cele.

46 of those were sentenced to life imprisonment, he said.

But there are also serial rapists who were stopped in their tracks and convicted to ensure that these “heartless rapists never rape again”, said Cele.

“They will be serving a total of 20 life and 886 years imprisonment.”

ALSO READ: SA woman shot ‘EIGHT times by ex’ – after she filed rape case against him

With a backlog in DNA results when it comes to rape cases, Cele said they have prioritised this.

The National Prosecuting Authority (NPA) and the SAPS’ Forensic Science Laboratories continue to focus on prioritising this for court-ready cases where there are outstanding forensic reports.

ALSO READ: Girl, 17, stabbed detective with broken bottle after he raped her in police station