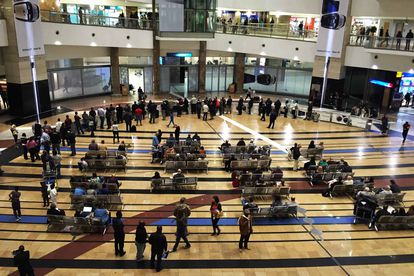 Heavyweights of the South African tourist industry have vented their frustrations over the new international travel laws that have come into place during Level 1. The list of ‘high-risk countries’, which forbids visitors from visiting Mzansi, is reviewed every two weeks – and it hasn’t gone down well with those in the know.

What is the ‘two-week rule’ for high-risk countries?

The new regulations were presented on Wednesday, and members of the Cabinet made several backtracks and corrections at their own media briefing. This confusion seems to have permeated the government’s international travel plans, and TBCSA’s executive director says that the fortnightly review system ‘creates a layer of complexity’:

“People need time to plans their trips. To revise the list every two weeks creates a layer of complexity and uncertainty. It will also deter foreign governments from giving the green light for their citizens to travel to South Africa as they seek certainty about our entry requirements, as well as deter airlines from operating on the route.”

“There are just too many nuances in tourism for a phased international reopening to be practical, especially if the goalposts change continuously.”

David Frost, the CEO of one of South Africa’s largest tourism organisations, had branded the rules as ‘impractical’. Only three airports will be open to international travel, and all new arrivals in SA will have to provide a negative COVID-19 test which is no more than 72 hours old. Frost adds that the criteria to determine a high-risk country should be changed.

“Opening of borders is the moment we have all been waiting for but the way in which Government proposes to reopen is impractical and does not allow us to do our job, and contribute in a revenue-positive way to South Africa.”

“What is required is urgent engagement with Government, which needs to take place immediately to get certainty around the criteria that are being used to define high-risk countries and to highlight the impracticalities of the current approach.”