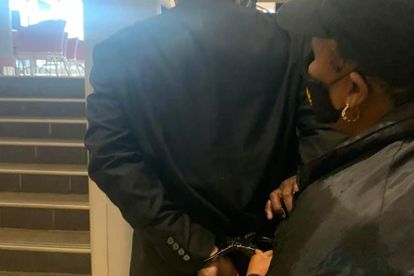 In yet another case involving alleged wrongdoing at local government level, the Hawks have arrested a senior official from the Molemole Local Municipality in Limpopo in connection with the theft of more than R4.8-million.

The 53-year old man is alleged to have used his position to conspire with others to award a farming tender to a company linked to his wife without following due processes.

Company paid for no work

It will be further alleged by the investigators that the company never rendered any service to the community despite having received over R4.8-million.

According to a report and video footage published by the local Limpopo newspaper Bosveld Review, the suspect was arrested on Friday at a restaurant in Polokwane and taken to a nearby police station.

In the video the suspect, smartly dressed in a suit, can be seen being handcuffed inside the restaurant by several plainclothes officers and then loaded into a waiting car.

In court tomorrow for theft

A statement released by the Hawks says he will appear in the Polokwane Magistrates’ Court tomorrow (Monday) to face theft charges.

“The Hawks received a tip-off in 2018 about theft of money at Makgatho Community Property Association by some of the committee members,” spokesperson Captain Matimba Maluleke explained.

“The investigation revealed that between 2015 and 2018, the suspect was mentoring a community association and allegedly connived with other committee members of the association to award a farming tender to a company linked to his wife.”

More suspects are being sought

Additional suspects linked to the case are still being pursued, the statement said.

The Acting Provincial Head of the Hawks, Brigadier Thabo Ramela has welcomed the arrest and issued a warning to all government officials that theft of public money will not be tolerated.

“We will investigate without fear or favour and bring those who are implicated to book” Ramela said.