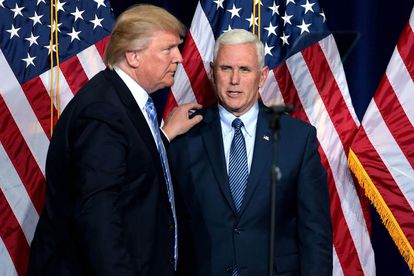 US President Donald Trump, hospitalised on Friday (US time) after being diagnosed with COVID-19, says he is “much better” and expects to be back at the White House soon.

But his doctors warn that he is “not yet out of the woods”, although they are cautiously optimistic about his condition and recovery prospects.

This is according to a report by CBS News, published at around 6am South African time on Sunday.

Being treated at military hospital

Trump is currently being treated in the Walter Reed Medical Centre, a military facility located in the state of Maryland, about 13km from the White House. His personal physician, Dr Sean Conley is also in attendance.

But there are slightly conflicting opinions as to the President’s health. While Trump is optimistic and said so in a short video posted on Twitter on Saturday, others are less sure.

“A source familiar with the president’s health said earlier Saturday that his vitals over the past 24 hours were ‘very concerning’ and ‘the next 48 hours will be critical in terms of his care’,” CBS News reported.

Still no clear path to his recovery

“We’re still not on a clear path to a full recovery,” the source added.

Dr Conley told reporters on Saturday that Trump was not being given oxygen. He was given oxygen at the White House prior to being taken to hospital, but this is apparently a standard treatment protocol and not necessarily an indicator that his condition at the time was serious.

The President is currently still working and is operating from a special suite at the hospital while his condition is monitored for the next few days.

Meanwhile, Vice President Mike Pence, who would take over as the elected leader of the country if Trump becomes too ill to do so, has been confirmed as testing negative for the virus.

What if Mike Pence becomes ill?

Pence, 61, is a former Governor of the state of Indiana. He is working at his home located several kilometres from the White House.

But what if Pence, too, becomes incapacitated? According to Politico, a media house that covers the political scene in Washington DC, things then become murky.

While the 25th Amendment stipules that the Vice President is in charge if the President can’t function, it doesn’t specify who is third in line.

House Speaker may be next in line

A succession plan laid out by Congress says it is 80-year-old Nancy Pelosi, the House of Representatives Speaker who is a Democrat (Trump is a Republican).

However, Politico says this is “legally murky and might actually be unconstitutional. Today, it remains an open debate whether the House speaker is actually eligible to succeed to the presidency”.

So should Pence also succumb to the virus – or any other health issue – in the near future, the nation could be in for a rocky and uncertain time.