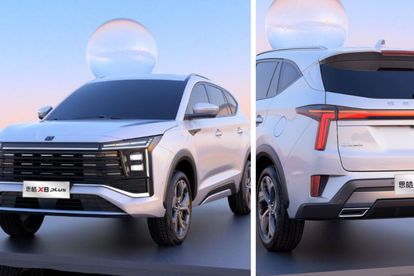 Did you have to do a double-take when you first read the name of China’s latest SUV – the Sehol X8 Plus? The name has South Africans in stitches.

CHINA’S SEHOL HAD THE TONGUES WAGGING IN SA

Why is it so funny?

According to reports the name was meant to pay homage to Seat’s Spanish origins, as well as the word sol meaning sun, the marque was rebranded Sehol, last year, in another ill-advised move, likely to elicit laughter from South Africans.

SOUTH AFRICANS ARE NOTORIOUS FOR THEIR USE OF HUMOR

That is one thing nobody can take away from us as South Africans, and that is our humour.

South Africans are notorious for their use of humour on the issues facing our country, and for using satire and jokes as a tool for social reconciliation.

We saw this earlier this week when the Minister of Police went viral for all the wrong reasons, after losing his cool at an engagement in Gugulethu.

The ANC stalwart was questioned about his department’s performance – and the state of policing in general – over the past few years. And that’s when it ALL kicked off.

Ian Cameron, of Action Society, ended up getting an earful from Bheki Cele. The hatted politician screamed and shouted at his adversary on Tuesday, listing his struggle credentials and talking about his upbringing.

Within hours South Africans had created a dance remix out of his public outburst but also several hilarious memes.

HERE ARE SOME HILARIOUS TIKTOK VIDEOS ONLY SOUTH AFRICANS WILL UNDERSTAND

Click here for some other hilarious TikTok videos that only South Africans will understand.