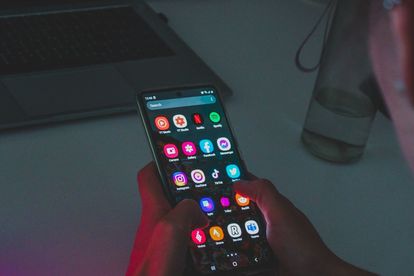 A 19-year-old man was murdered during a dispute over a stolen cellphone in Emasayithini area Amaoti, KwaZulu-Natal on Thirsday night.

MAN KILLED OVER A CELLPHONE

According to Reaction Unit South Africa (RUSA) its members were called out to the scene at approximately 21:16.

Reaction officers and medics were immediately dispatched and on arrival discovered a male lying in a prone position. He was stabbed twice in the chest and demised prior to the arrival of First Responders.

“It is alleged that the deceased was attacked by his accomplice after they robbed a member of the public for a cellphone.”

In a separate incident, another 19-year-old male was shot and killed before being robbed of his cellphone in Egodeni near Hazelmere also in KwaZulu-Natal.

According to RUSA spokesperson, Prem Balram, they received multiple calls from residents from about 18:59 reporting the shooting. The shooting approximately happened 4 kilometres from the Hazelmere Dam.

“On arrival, reaction officers found the male lying in a prone position on a driveway leading to a shisanyama store. Upon examination, he was found to have sustained a single gunshot wound to his lower back which resulted in his demise,” said Balram.

Balram added that according to three of the deceased’s friends, they decided to purchase meat from a local shisanyama store.

They entered the premises while the deceased remained on the road, having a telephonic conversation with his girlfriend.

“Two males approached him from the rear and shot him without warning. The deceased ran towards the store screaming for assistance before he collapsed on the driveway,” Balram said.

Furthermore, the suspects approached the deceased’s lifeless body and stole his Huawei cellphone before they fled on foot in an unknown direction.

ALSO READ: Teenager MERCILESSLY shot and killed for a cellphone