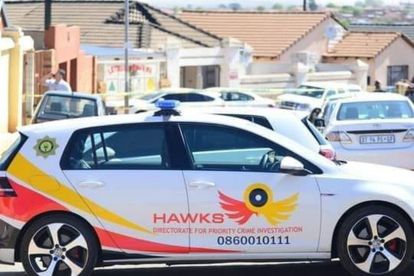 While the South African Social Security Agency (Sassa) is there to lend a helping hand to those stuck in a financial hole, some criminals decided their needs were more important than others as they pilfered R21m. The Directorate for Priority Crime Investigation (Hawks) revealed that over 80 arrests have been made thus far.

“We started looking into allegations that Sassa funds were being diverted from beneficiaries’ accounts. The allegations date back as far as 2018 after a report was issued by the Public Protector. Sassa was issuing the new Sassa-South African Post Office (SAPO) bank cards, some pensioners and other Sassa grant beneficiaries never received their pensions and grants. It was believed that their monies were illegally diverted to other accounts,” said Nxumalo.

From what has been learned from the investigations, beneficiaries’ social grant bank account details were changed without their consent or knowledge. The money would then be withdrawn from the new account by an unknown person.

ALSO READ: How to track your R350 SASSA grant application status on Whatsapp

More than 20 000 cases with the same discrepancies were registered with the Post Office by June 2019. Over 12 000 of the SASSA grant beneficiaries were reimbursed for the losses they suffered to a whopping total of around R21 million.

Nxumalo said the modus operandi of the criminals is now known to law enforcement and police investigations resulted in the arrest of 80 suspects.

“Most of the arrested suspects were post office employees. Of the 80 arrested, 61 were employees who had the access and opportunities to defraud the government and steal from grant recipients and pensioners. So far 18 of these cases were referred to the Hawks for further investigation,” said Nxumalo.

Cases against six accused fraudsters were withdrawn pending further investigation while the other cases were before the courts as trials around the country are underway.

The investigations are continuing meaning more suspects could be caught and the R21 million total is able to increase. The office of the public protector has also launched an investigation to probe SASSA fraud.

READ MORE: These seven SASSA grants increase in April – here’s what they are now worth