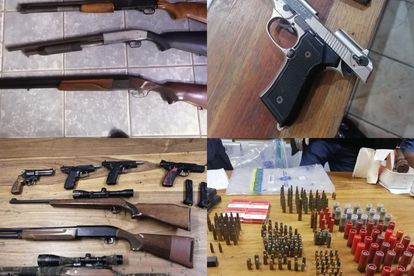 Two people were fatally shot and seven wounded during a shooting incident outside at a tavern in Ga-Rankuwa, north of Pretoria in Gauteng.

The incident reportedly happened on Friday, 22 July at about 23:00.

According to police unknown suspects, driving a silver polo reportedly fired shots randomly at patrons who were sitting at the tavern.

Police spokesperson, Colonel Dimakatso Sello said the motive of the shooting is unknown at this stage and police will be investigating two cases of murder and seven of attempted murder.

Sello urged anyone who may have information about the incident or the suspects, to report at the nearest police station or on the Crime Stop Hotline at 08600 10111 and anonymous tip-offs can also be reported via MySapsapp.

“All information received will be treated as strictly confidential,” she said.

The incident comes just days after four people were also shot and killed in an informal settlement in Lenasia.

This is a developing story, The South African will add more information when it becomes available.

Last week Saturday, police confirmed that four people were killed while two others were injured after being allegedly shot at in the Themb’elihle informal settlement in Lenasia, Johannesburg.

The Lenasia incident comes just days after various tavern shooting incidents claimed the lives of over 21 people while leaving others seriously wounded and hospitalised.

Mawela said according to information they have at their disposal from first responders is that people were sitting around a fire and enjoying themselves and they were then attacked.

Two people reportedly died at the scene, another died down the street and a fourth body was found in another block.