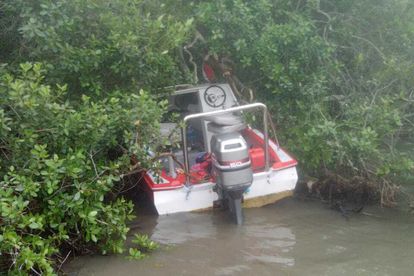 Four crew members, two women, and two men were injured when they were attacked by a swarm of bees on a boat on the Kowie River before crashing into the riverbank.

WHAT HAPPENED WHEN THE BEES ATTACKED?

The National Sea Rescue Institute (NSRI) spokesperson Chris Pike said the crew of the casualty boat described a large swarm of bees that descended on them immediately starting to sting them multiple times while they were underway on the river on Thursday.

“A private boat had raised the alarm after the casualty boat encountered a swarm of bees while underway on the river and the skipper of the boat veered off course in an effort to escape the swarm of bees before colliding into the river bank and trees along the river bank,” Pike said.

He said two private boats were in attendance attempting to assist, but the bees were still at that stage aggressive and stinging the casualties.

“NSRI Port Alfred coxswain Keryn van der Walt, on her private boat that was on the river at the time, responded immediately with her crew while the NSRI Port Alfred duty crew launched the sea rescue craft Rescue 11 Alpha and responded.

“Gardmed ambulance services were activated to stand-by at the NSRI rescue base in Port Alfred.

ALL THE INJURED WERE TREATED, SOME WERE TAKEN TO HOSPITAL

The damaged casualty boat will be recovered by the owner at a later stage.