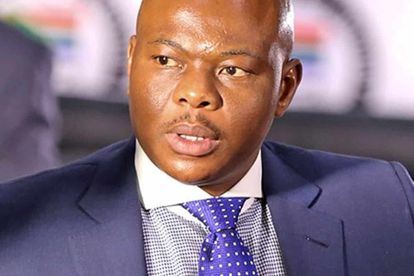 Controversial businessman Edwin Sodi could be in for a black Christmas this festive season: Sunday World is reporting that First National Bank (FNB) is dragging him to court for failing to keep up with the monthly instalments on his Rolls Royce. It has already been a rough 13 months or so for Sodi, after the Hawks arrested him and more than a dozen others on fraud and corruption charges in connection with a lucrative asbestos tender irregularly awarded to his company.

The Asset Forfeiture Unit (AFU) already took millions in cars and property belonging to Sodi in October 2020, but it seems the businessman is set to lose what was left behind.

EDWIN SODI FAILS TO KEEP UP WITH CAR PAYMENTS

Sunday World has cited court papers it claims to be in possession of, which show that Edwin Sodi was due to pay a whopping R85 000 a month on his Rolls Royce, which he got on loan from FNB back in 2017. The principal debt on the luxury vehicle is R5.5 million and Sodi is now more than R1 million in arrears, after being delinquent in his monthly payments, the newspaper reported.

The bank has reportedly been sending Sodi letters asking him to settle the arreas, but to no avail. It has now approached the courts, asking to be granted an order which allows for it to auction off the vehicle. The report comes just months after Sunday World had reported that Sodi another bank – Absa, had also filed to repossess his R10 million farm.

The AFU already pounced on Sodi after his arrest in connection with the R250 million asbestos tender his company was awarded in the Free State.

Other accused in the matter include controversial businessman Abel Manyeki, former Mangaung mayor Olly Mlameli, the director for supply chain management at the department of human settlements Mahlomola John Matlakala, Thabane Wiseman Zulu and Nthimotse Mokhesi, who are the same department’s former director-deneral and head of department respectively.

“The current loss to the department is, therefore, R230 million and further potential loss is R25 million. The procurement process was done in a fraudulent and corrupt manner. In addition, certain public officials received gratification from the company and/or an individual amounting to several counts of corruption involving more than R 2 million,”