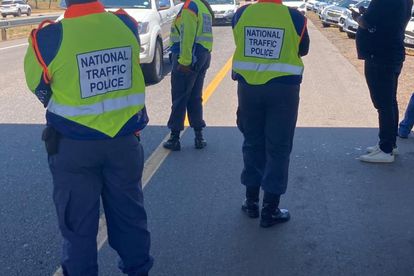 A former traffic police officer who was previously convicted and served time in jail has been arrested again for conning motorists.

One of them was former RTMC employee and National Traffic officer Rodney Ramusia, 34. Ramusia was previously in hot water three years ago and he resigned following a disciplinary hearing.

According to records by the Hawks, Ramusia was convicted on a criminal charge and sentenced to six years imprisonment. He was however released early due to the Covid-19 pandemic, said RTMC spokesperson Simon Zwane.

ALSO READ: Traffic cop goes to CCMA for being fired for soliciting a ‘cold drink’

Ramusia was working with a Tshwane Metro Police Department officer on the N1 near Jean Avenue in Centurion.

It is alleged that the two were driving a white VW Polo sedan which was fitted with blue lights. They then stopped unsuspecting motorists in full law enforcement uniforms and reflector jackets said Zwane.

But the pair got caught out by the South African Police Service, he said.

“And [they] were also in unlawful possession of AARTO documents belonging to the state. An amount totalling R890 was found on the two suspects.”

The two men will however be linked to other cases. These include car and truck hijackings related to the blue-lights gangs operating on freeways in the Gauteng province.

Their vehicle is detained and booked at the National Prosecuting Authority’s (NPA) Asset Forfeiture Unit (AFU). This is because it was used in the commission of an alleged crime, said Zwane.

“They are currently detained at the Sunnyside police station holding cells and will appear on Thursday, 24 November at the Pretoria Magistrates Court for bail proceedings. The state is expected to oppose bail, Zwane said.