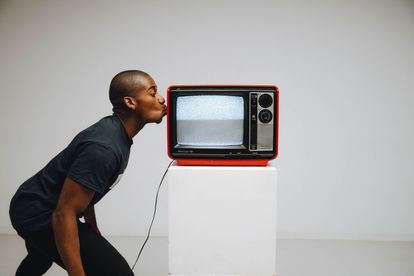 A study by media monitors Gemma Harries and William Bird of over 36 South African radio, TV and print news reports during 16 Days of Activism concludes that news outlets don’t give survivors enough space to tell their own stories. Photo: PEXELS

A study by media monitors Gemma Harries and William Bird of over 36 South African radio, TV and print news reports during 16 Days of Activism concludes that news outlets don’t give survivors enough space to tell their own stories. Photo: PEXELS

South Africa is a country that experiences a very high level of gender-based violence. During the UN’s annual international 16 Days of Activism Against Gender-Based Violence campaign, the country’s news media coverage of violence against women and children increases. As well-intentioned as this may be, studies have exposed several shortcomings in the coverage, noting that these undermine what the campaign aims to achieve.

This matters because of the importance of news outlets in our media-saturated world. Research into the factors that shape opinions on violent crimes and the criminal justice system argues that most people’s views are not based on personal encounters with the system. Instead, perspectives are formed primarily from seeing, reading, or listening to secondary sources such as mainstream news media. French legal scholar and former judge Antoine Garapon asserts that

For millions of people, the television has become … the main, not to say the sole, source of information, culture, and entertainment … and therefore, for many, the only contact they have with the law.

One of the aspects I consider in my PhD thesis is news reports on violent crimes by men against women and the role that journalism plays in shaping our perceptions of these types of crimes.

In order to urge the news media to be part of the solution and not the problem, it is worth reflecting here on some of the multiple shortcomings in news reporting, especially during the period of 16 Days of Activism.

The problem with the media

A study by media monitors Gemma Harries and William Bird of over 36 South African radio, TV and print news reports during 16 Days of Activism concludes that news outlets don’t give survivors enough space to tell their own stories.

South African TV news tends to use language that suggests victims of violence are somehow responsible for what happened to them. For example, in a report aired on SABC 3 on 1 December 2021, two families were featured relaying their experiences after their teenage daughters were allegedly raped. This is a soundbite from one of the girls’ fathers:

I don’t know what happened because we have been trying to protect our child by stopping her from roaming the streets at night or going to taverns … but a stranger came from nowhere to try and destroy our child’s future.

This sound bite articulates a commonly employed approach of victim shaming. Crimes against women are viewed in light of what the woman did, rather than what was done to her.

In this case, the father is probably not aware of what he is suggesting. Yet, as his child’s experience and most of the others reported on during this period show, where women go is not what determines their vulnerability to being raped.

News reports highlight incidents like this based on the news values of novelty and timeliness (such as it being 16 Days of Activism). But these experiences are common.

The media highlight them because, based on popular opinion, the rape of “good girls” who were on their way from school should be an anomaly. The rape of women who are out at night and in taverns should not. In fact, it isn’t about where women go but about a society that enables men to rape women.

TV news tends to focus on the most exceptional cases. In 2020 a case was broadcast as the day’s top story in the leading TV news bulletins. At the public broadcaster, the SABC, one news anchor’s introduction was:

It’s day two of the annual 16 Days of No Violence Against Women and Children campaign. But despite the spotlight on these crimes, a 42-year-old Eastern Cape woman and her five children have been hacked to death, one of them a six-month-old baby. Police believe her boyfriend can shed light on the brutal murders.

The focus on the gruesome nature of the crime is a combination of two related things. Firstly, news values prioritise incidents deemed unusual: the axe murder of six people including a baby. Linked to this was a mention that some of those killed were the alleged perpetrator’s biological children. The reports suggest that it is unusual for a man to do this. Yet in reality in 2020, according to the UN, 47 000 women and girls worldwide were killed by intimate partners or family members. A considerable number of these occurred in South Africa.

News reports on violence against women and children are inclined to use language that highlights the most gruesome aspects, the shock value. Viewer focus is thus on the abhorrent nature of the crime rather than the issues that give rise to it.

TV news reports are inclined to use language that empowers men by affording them the status of agents in the stories, while women are prone to be depicted as subjects who are acted on. I found passive language was used in relation to men while female victims became the focus. This minimised the role of men in violence.

There is a tendency to focus on the most horrendous crimes to portray violence against women in exceptional terms rather than dealing with its pervasiveness in contexts like South Africa.

South Africa’s news broadcasters would do well to consider these patterns of engaging viewers. Or else they will continue shaming victims and making their cases seem exceptional – instead of contributing to the fight against the problem.