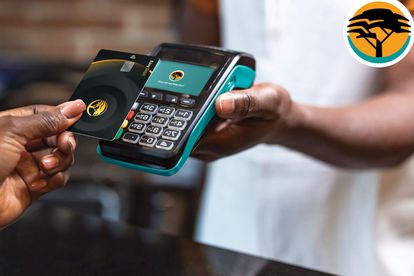 A 28-year-old former FNB employee has been accused of using almost R37m from a deceased client’s account, some of which was donated to a church. Photo: @FNBSA / Twitter

A 28-year-old former FNB employee has been accused of using almost R37m from a deceased client’s account, some of which was donated to a church. Photo: @FNBSA / Twitter

The suspect connived with an accomplice

Spokesperson for the Hawks in Limpopo Captain Matimba Maluleke said the suspect was a consultant at the Makhado FNB branch. It is alleged that the suspect opened the profile of a client who had died a day before, without authorisation.

Maluleke said that it is further alleged that the suspect then opened a new bank account and linked it to the deceased’s, with the help of an accomplice. The money from the deceased’s account was then spent by the suspect.

“It is alleged that on April 25, the suspect who was an FNB consultant at Makhado branch, opened the profile of the client who had just died in a vehicle accident a day before without any authorisation. It is further alleged that the suspect connived with his accomplice to open a new bank account and linked it to the deceased’s account and started spending all the money from the deceased’s account,”

Almost R37 million was used, some for cars and a portion was donated

The Hawks said the suspect looted a total of R36 989 051 from the account of the deceased client.

Maluleke explained that the incident was discovered by FNB before it opened a case of fraud and theft with the Hawks. The FNB employee reportedly handed his resignation in, with immediate effect, after being approached by the bank managers regarding the matter.

Malulake said that it was discovered that some of the money stolen by the suspect was used to purchase expensive cars and a portion was donated to a certain church. Maluleke said investigations into the matter are ongoing and more arrests are expected.

The 28-year-old suspect is expected to make his first appearance before the Makhado Magistrate’s Court on Monday, 13 June.

In other news about fraud, it was previously reported that a case of fraud was brought before the Durban Specialised Commercial Crimes Court. The hearing brought to light the involvement of six former Tongaat Hullet executives and an auditor in their apparent illegal acquirement of R3.5 billion.

The case is reportedly ready to be heard by the high court.  The individuals are suspected to have backdated land sale agreements between 2015 and 2018 consequently resulting in the company receiving and declaring increased profits. Substantial bonuses were awarded to the suspects as a result of these increased profits.

The suspects are currently being charged with breaching numerous acts including the Financial Markets Act, the Companies Act and Prevention of Organised Crime Act. Read the full story here.