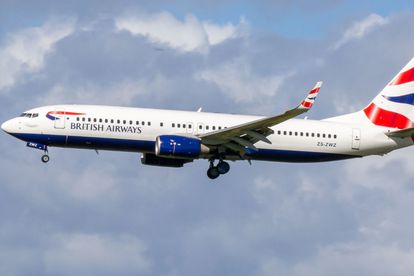 The Democratic Alliance (DA) has placed the blame for Comair’s liquidation on the “government’s inconsistency and careless manner in the closing and opening of the country’s borders”.

DA believes Comair and Government are to blame for its grounding

While the DA believes the liquidation of Kulula and British Airways was partly Comair’s fault, it says that Government’s decision to extend border closures during previous lockdowns is also to blame.

The DA noted that Comair’s liquidation was a striking contrast to President Cyril Ramaphosa’s Parliamentary address on the presidency vote about how the Government was restructuring and steering the country’s economy towards recovery, reports EWN.

Manny de Freitas of the DA said that hundreds of Comair employees are now unemployed and that there are also two fewer airlines competing in the air travel sector in SA.

“Hundreds of Comair employees now join the millions of other South Africans in the ranks of the unemployed. We now have two less airlines competing in the air travel space. This will have an impact on our already vulnerable and decimated travel and tourism sector,”

‘An extremely sad day for us’: Comair to be liquidated

Previously, it was reported that Comair Limited’s business rescue practitioners say they did their utmost best to secure funding required capital for the airline to recommence operations.

On Thursday, Comair lodged a court application to convert the business rescue proceedings into liquidation proceedings. On 31 May 2022, the airline voluntarily grounded its flights citing cash constraints.

One of the Business Rescue Practitioners, Richard Ferguson said despite their best efforts they were unable to secure the capital required for the airline to recommence operations. Furthermore, Ferguson said after entering business rescue, Comair was able to start flying again when the Comair Rescue Consortium (CRC) invested R500m for a 99% share of the equity in the company at the time. Read the full story here.