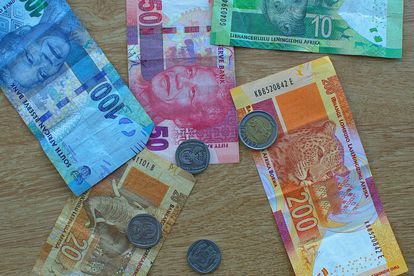 The SA Reserve bank has refuted claims of a R10 coin or a R500 note following a post from a fake account online. Photo: stevebeck66 / Flickr

The SA Reserve bank has refuted claims of a R10 coin or a R500 note following a post from a fake account online. Photo: stevebeck66 / Flickr

A viral image shared on Twitter resulted in the South African Reserve Bank debunking claims. A fake Twitter account with the handle ‘@ReservebankSA’ shared an image of a R500 note. The caption read:

“We introduce to you the first sample of our possible new five hundred Rand note. #Bettereconomy.”

Since then, the official Twitter account for the Reserve Bank released a ‘statement’ of sorts. Taking to the bluebird app with a screenshot of the aforementioned post from the fake account, the Reserve Bank said:

“Please note that this is a fake account and has been reported to Twitter. SA Reserve Bank is not planning to issue a R10 coin nor a R500 note.”

Earlier this week, BusinessTech reported that the Reserve Bank said it was doing constant research regarding the transition into the higher denomination coin. Noting a possible R10 coin and a possible R500 note.

The Reserve Bank revealed that the results of its latest study concluded that the country is not ready for a R500 banknote. Adding that some of the reasons stipulated were that the introduction to this higher denomination banknote would only be valid if the current highest denomination is the most circulated banknote.

“This is however not the case in South Africa as the R100 denomination is the most circulating banknote. The other reason is whether the R200 is still used as a store of value – which it is – and therefore does not warrant a change,”

Fake news: ANC’s Jessie Duarte has NOT passed away

In other viral social media news that turned out to be fake, it was previously reported that the African National Congress (ANC) has dismissed social media rumours that Jessie Duarte has died.

The ANC says the fake news messages regarding its Deputy Secretary-General (DSG) are inhumane, barbaric, inconsiderate and hurtful to Duarte, her family, friends, comrades and the broader mass democratic movement.

While Duarte has been sick for some time, the ANC revealed that she is on the road to a full recovery. The ruling party dismissed the claims that have been circulated on social media and referred to them as ‘nonsensical’. It further called upon those who are spreading the rumours to refrain from doing so. Read the full story here.