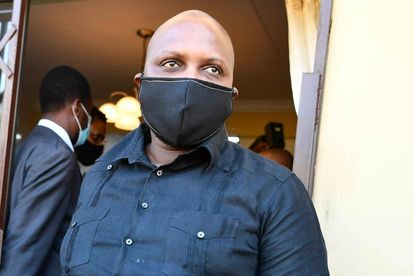 EFF Deputy Leader Floyd Shivambu has exacerbated the war of words currently engulfing all three major political parties in South Africa. The DA is set to file a complaint with the SA Human Rights Commission, after they accused both the Red Berets and the ANC of ‘race-baiting’ in the row regarding eNCA journalist Lindsay Dentlinger.

The reporter was accused of ‘subtle racism’ in selecting which interviewees must wear masks on air. The incident has become a national talking point, and culminated with an ANC picket at the eNCA offices last week. The DA, however, are furious with their main opposition – saying that they are only serving to stir tensions in Mzansi:

“The ANC and EFF pounced on this opportunity and used the video as a ploy to further exploit racial tensions among South Africans, effectively race-baiting in order to rile up particular audiences. This is very dangerous especially when these assumptions are made without any verified evidence.”

“Both the ANC and EFF have intentionally fed into this narrative to stir up tensions and play a very dangerous game – a game they have been playing for years without shame. We will now lay a complaint against the ANC and the EFF with the South African Human Rights Commission (SAHRC).”

“The DA unequivocally believes that racism and discrimination should be condemned without fear or favour. However, the race-baiting by the ANC and EFF has no place within South Africa’s democratic society.”

The typically forthright Floyd Shivambu has weighed in with his reaction, blasting the DA for ‘supporting white supremacy’. In a furious Tweet posted earlier on Sunday, the political firebrand said their defence of Dentlinger is ‘disgusting’.

“These racist apologists and stooges of the white capitalist establishment want to lodge a complaint against those who call out the racist actions and activities of the eNCA journalist? We are not shocked, because they exist to defend white minority supremacy and privilege. Disgusting!”