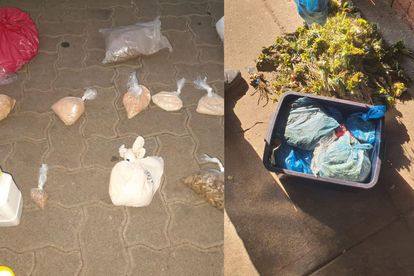 The Tshwane Metro Police Department (TMPD) made an R700 000 drug bust resulting in the arrest of eleven foreign nationals in separate incidents in Pretoria.

He said the arrests were made during a joint operation with Crime Intelligence.

“The group was found in possession of Khat Plant worth an estimated street value of R200 000. Two of the suspects are Somalian foreign nationals.”

In another successful law enforcement operation, a group of four male foreign nationals from Tanzania were arrested for dealing and possession of drugs in Pretoria West last night, Thursday, 24 November.

Further investigations led to the arrest of three more Tanzanian female suspects who are related to the other four suspects.

“They were all dealing with drugs (nyaope) in the Atteridgeville, Hercules, Wonderboompoort area. The drugs found in their possession had an estimated street value of close to R500 000,” said Stuurman.

In a third separate incident, he said TMPD arrested two Nigerian nationals in Mamelodi for dealing and possession of drugs. The Nigerians were found with 380 packets of nyaope.

“Overall, a total of 11 drug dealers who are foreign nationals were arrested and removed from the streets during the three operations. I want to thank our TMPD for doing a brilliant job in protecting our communities and young people from drugs. In recent weeks, the TMPD has made several major drug busts and should be commended by all for their work,” said Stuurman.

“Members of the public are encouraged to report any crime to the nearest police station or the TMPD on 012 358 7095,” he concluded.