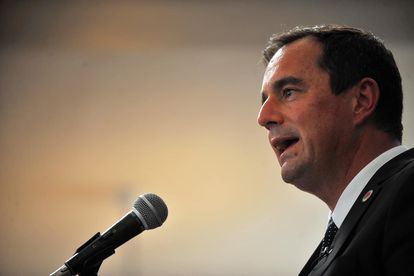 It would appear that the DA does not want to side with the Cape Independence campaign during this election season. Although the Blues do want to see more national powers devolved to all nine provinces – including the Western Cape – party leader John Steenhuisen has been rather emphatic in his rejection of secession.

The Cape Independence Advocacy Group (CIAG) is leading a campaign to form a ‘breakaway state’, essentially making the Western Cape its own nation, completely separate from Mzansi. Those behind the movement cite ‘strong ideological differences’ between the province in the south-west and the rest of South Africa.

Whereas some political groups – such as the Freedom Front Plus and AfriForum – do support the Western Cape’s right to self-determination, there is little-to-no support amongst many other mainstream organisations in Parliament. In fact, the Al Jama-Ah party has publicly stated that Cape Independence campaigners ‘must be charged with treason’.

It’s an emotive subject, not least because many of the major sticking points are related to race. The separatist movement is accused of being ‘too white’, but leaders insist they are only motivated by the political landscape. Whereas the Western Cape soundly rejects the ANC at every election, the other eight provinces backing the ruling party resoundingly.

Unfortunately for the CIAG, that same unequivocal backing doesn’t seem to flow both ways. While out meeting voters ahead of the 2021 Elections, John Steenhuisen poured cold water on the idea of a breakaway nation.

“We’ve said we don’t support Cape Independence, but people must have a right to a referendum to choose the way forward. We believe in a devolution of power to provinces. fighting for independence is a waste of energy. We must focus ourselves on fighting for more powers at a local level, for policing, taxation, water, and electricity policies.”