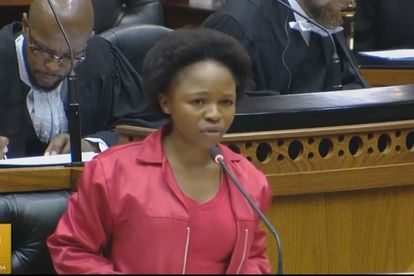 The department appeared before Parliament’s Portfolio Committee on Health on Tuesday evening, 24 August 2021.

Chirwa questioned the department and what action has been taken against officials, including the likes of the department’s deputy director-general Dr Anban Pillay, who has also been fingered in the scandal.

“I want to know what have been the repercussions of officials that have been found to have been involved. Are they still there? There isn’t much that has been said about what the NDOH or what the minister has done to work in resolving the crisis of corruption and the Digital Vibes cash heist. It happened in front of all our eyes,” she said.

The Digital Vibes is what led to the resignation of former minister Dr Zweli Mkhize. The communications company received a R150 million contract to do work for the DOH and is run by two of Mkhize’s associates. An investigation by Daily Maverick has revealed that contrary to Mkhize’s claims that he didn’t benefit from the contract, Digital Vibes footed the bill for maintenance work done on his home, paid R160 000 for a Toyota Land Cruiser belonging to his son AND even forked out R300 000 for his company.

The SIU completed its probe into the saga and while it isn’t quite clear what is contained in it, Pillay is alleged to have sent a private email to one of Mkhize’s associates, asking her to help the department in communicating its COVID-19 messaging for two weeks. He remains in his position and has not been suspended.

Mkhize is accused of pressuring pressured officials in his department to appoint the company.