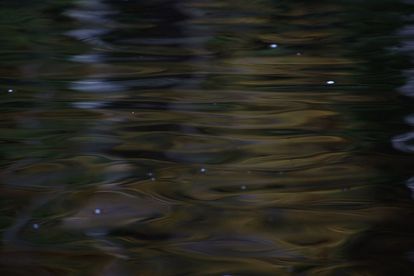 Mpumalanga has been rocked by a gruesome finding. The body of a pregnant woman was found with gunshot wounds in the Crocodile River on Sunday 22 August 2021.

Provincial Commissioner of the South African Police Service (SAPS) in Mpumalanga, Lieutenant General Semakaleng Manamela is extremely disturbed by the incident and said a murder case has been opened and SAPS members at Kanyamazane have since launched a manhunt for one or more suspects.

PREGNANT WOMAN YET TO BE IDENTIFIED BUT POLICE HAVE A PROFILE

The SAPS members, as well as, medical personnel were notified about the incident and upon arrival at the scene, the woman was unfortunately certified dead by the paramedics.

“A preliminary probe by the police suggests that the woman was pregnant. She further had gunshot wounds and has not yet been identified. She is estimated to be in her 30’s, had short blonde hair and it is said that she was wearing pink trousers as well as a maroon t-shirt,” said Colonel Donald Mdhluli.

Lieutenant General Manamela further expressed her disappointment that the pregnant woman was murdered during a month where women should be celebrated and more so as there are indications that she was expecting. The Provincial Commissioner has ordered for a swift arrest of the suspect(s).

Members of the community are urged to assist the SAPS with information on the whereabouts of the suspect(s) or the woman’s family by contacting the Investigating Officer, Detective Constable Andrea Terrance Mthunzi Maphanga at 082-469-1604 or the Branch Commander, Captain Ishmael Zephania Phiri at 082-469-1542.

Alternatively, members of the public can call the Crime Stop number on 08600 10111 or send information via MYSAPSAPP. All received information will be treated as confidential and callers may opt to remain anonymous.

Apart from the untimely death of a pregnant woman, a 25-year-old suspect has confessed to the gruesome and horrific murder of a 23-year-old Fort Hare University law student.

Nosicelo Mtebeni’s body parts were stuffed into a suitcase and her other limbs were also found in a black plastic bag on Thursday, 19 August 2021, in Quigney, East London. Other body parts were found in their home.

According to the National Prosecuting Authority (NPA), 25-year-old Aluta Pasile confessed to the killing and will remain behind bars until his next court appearance.

“We have a confession from the accused and statements from key witnesses. More evidence is being collected by police as the case was postponed for further investigation. We are building a solid case. In his confession, he said her behaviour had changed from the beginning of August when she came back from home. He said, all of sudden, she barred him from accessing her cellphone, and further stated that she had never minded him going through her cellphone before,” said NPA spokesperson Anelisa Ngcakani.