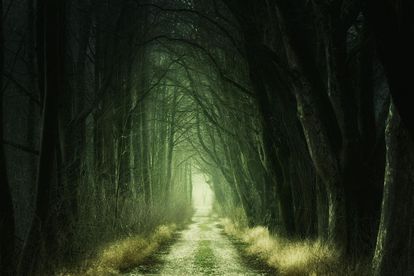 The body of an unknown person was found by a teenager in a forest in QwaQwa. Photo: Stock Image / Pixabay

The body of an unknown person was found by a teenager in a forest in QwaQwa. Photo: Stock Image / Pixabay

The South African Police Services (SAPS) in the Free State are investigating the circumstances surrounding a decomposing body found in a forest in QwaQwa.

The person has not yet been identified.

How was the body found?

A teenager who was collecting wood near the Sekoto river last week found the decomposing body. SAPS spokesperson Mmako Mophiring that both the head and the torso of the body were missing.

The identity, as well as other information surrounding the incident, have yet to be established and an inquest has been opened to determine the individual’s cause of death, reports EWN.

Information is scarce but an investigation is ongoing

“An inquest has been opened to determine the cause of death. We are still waiting for relatives or family or a next of kin who might report that a person has been missing,”

In related news, it was previously reported that the decomposing body of the elderly plumber was found on Friday afternoon in his home in Redcliff, KwaZulu-Natal. According to Reaction Unit SA (RUSA), spokesperson Prem Balram said the man was found in his informal home on Karnigadu Road in Redcliffe.

Balram said neighbours contacted Reaction Unit South Africa (RUSA) at around 14:28 after they made the discovery. He furthermore said the deceased man was a plumber who had lived in the area for nearly 15 years. Read the full story here.

It was also reported that the decomposing body of a young woman in her early twenties was found in her home after neighbours saw her a week before. According to Reaction Unit SA (RUSA) spokesperson Prem Balram the body of the young woman was found on Friday afternoon.

“Reaction Officers broke the front door and entered the residence. The body of the woman was in an advanced stage of decomposition. She was partially naked,” said Balram. Read the full story here.