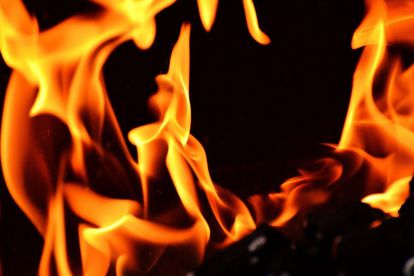 The South African Police Service (SAPS) in the North West revealed that a 17-year-old has been arrested for allegedly burning a shop down.

When did the fire occur?

The teenager was found passed out inside a shop in Wolmaransstad on 8 July. It is suspected that he gained entry into the shop through its roof. North West SAPS spokesperson Lieutenant Colonel Amanda Funani said that authorities responded to an activated alarm at a shopping centre in Wolmaransstad.

Funani explained that the suspect was found fainted inside the store and was taken to a nearby hospital to be treated for smoke inhalation. He was later discharged.

The spokesperson explained that the teenage boy had previous run-ins with the law. In May this year, he was reportedly arrested for theft before being released under the care of his parents.

“Preliminary crime scene investigation revealed that the store burnt to ashes. The district commissioner of Dr Kenneth Kaunda, Major-General Suzette Pretorius applauded the Wolmaransstad detectives and other role-players for their swift response that led to rescuing and apprehension of the suspect,”

The teenager is expected to appear in court on Monday, 11 July, reports IOL.

In other news, it was previously reported that Texas police arrested a 16-year-old boy in connection with the death of former Springbok rugby player Pedrie Wannenburg. Wannenburg was killed in a horrific accident in Houston, America. His family was with him at the time of the accident.

It is believed the family was on their way to the movies when the accident happened. Wannenburg got caught up in a high-speed chase of the teenager who was evading the police.