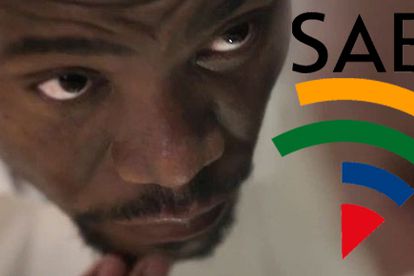 The Democratic Alliance (DA) is preparing to go to court in Johannesburg tonight in order to motivate the Independent Communications Authority of South Africa (Icasa) to make a decision on a complaint against the SABC to ban a DA television commercial ahead of next month’s general elections.

The communications watchdog has not responded to the DA’s request over the weekend to react to the SABC’s decision to stop broadcasting the “ANC, Ayisafani” ad, in which DA Gauteng Premier candidate Mmusi Maimane attacks the ruling ANC under President Jacob Zuma’s leadership. The DA called the reasons behind the SABC’s decision to pull the ad “spurious”.

“This is a transparent attempt by the SABC to protect Jacob Zuma from any public accountability for the Nkandla scandal,” Maimane said in reaction to the ad.

Icasa’s guidelines stipulate that a decision has to be made within 48 hours of being lodged, which expired on Monday afternoon.

DA leader Helen Zille said, “They wrote to the DA on Monday to request we make oral submissions on Tuesday morning at 9:30. Then, later on Monday afternoon, Icasa wrote to us again saying they could not organise a quorum of members of the Complaints and Compliance Committee, which is responsible for hearing our complaint, for Tuesday morning.”

The DA hopes to use a favourable court decision, if granted, to push Icasa into action.

“The unavoidable impression we are left with is that Icasa is trying to deliberately delay dealing with this complaint so that the DA’s election adverts are kept off the air for as long as possible,” said Zille. “This is clearly prejudicial to the DA’s election efforts and only serves to advantage the ANC.”

In the meantime, the SABC may have inadvertently helped the DA campaign by making the advert go viral online on account of its ‘banned’ status. The ad has registered almost 320,000 clicks since it was first aired last week, achieving a near-cult status among South Africa’s opposition following.

In the notorious ad, Maimane criticises the ANC for many perceived shortcomings since Jacob Zuma took over ANC leadership.

“There have been some great leaders, leaders that have taken this country forward. You voted for them. But since 2008, we have seen President Jacob Zuma’s ANC, an ANC that is corrupt, an ANC for the connected few. It’s an ANC that is taking us backwards.”