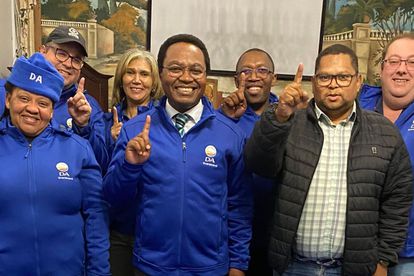 The DA is nowhere near the ANC when it comes to corruption allegations and scandals (no party in South Africa is), but it’s got a bit of a scandal on its hands now. The party’s Western Cape Provincial Executive has taken the decision to suspend Masizole Mnqasela from all party activities. The big problem? Mnqasela is the speaker of the Western Cape Provincial Legislature.

The DA announced on Saturday that it had elected to suspend Mnqasela, pending the finalisation of an investigation or disciplinary proceedings being instituted against him.

The DA says there is “sufficient credibility” in the allegations against Mnqasela. He is accused of being involved in irregularities related to travel and entertainment allowances.

“The PEC’s decision to suspend is based on the findings of an investigation report by the DA’s Federal Legal Commission that there is sufficient credibility in the allegations relating to irregularities pertaining to subsistence, travel and entertainment allowance claims.
Mr Mnqasela was given an opportunity to provide reasons why he should not be suspended, which he did. After careful consideration, the Party decided to move to suspension.”

The DA says it is also aware of internal processes ongoing against other members of the party. It says it plans to act, as soon as those processes have been completed.

Botes says the party and his leadership in the province have a “zero tolerance” approach to corruption. Botes says he is deeply concerned about the recent developments and is proud of a “record of clean governance”.