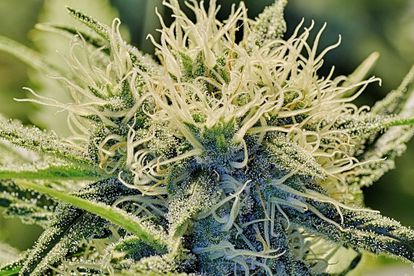 While SA medicinal cannabis growers are looking at Germany, they do need to meet certain requirements. Photo: Don Goofy / Flickr

While SA medicinal cannabis growers are looking at Germany, they do need to meet certain requirements. Photo: Don Goofy / Flickr

The continued development of the cannabis industry in South Africa has medicinal cannabis growers looking at Europe as a lucrative export opportunity.

Due to the state of its market, Germany is currently being looked at as having the greatest market potential. Growers in South Africa first need to obtain a Good Manufacturing Practice (GMP) stamp of approval before they can hope to export their product into the EU.

The process of large-scale cultivation is a difficult and expensive process due to growers requiring a permit from the South African Health Products Regulatory Authority (Sahpra). The permit is also not easily obtained as only a select number of people obtain one among the hundreds of applications received.

“The process to obtain a licence from Sahpra to cultivate cannabis for medical research purposes is a rigorous one. There needs to be standardisation of the cannabis cultivars and assurance that crops can be grown in conditions of strict security,”

While steps are being taken to ease the process of obtaining a permit and ultimately increase the economical opportunity of the industry, the current market for cultivators in South Africa remains poor when focusing on the country alone. Market opportunities greatly increase when cultivators look at exporting into Europe.

With Germany leading the innovation of medicinal Cannabis in Europe, South African Cultivators are viewing the country as an extremely promising export avenue. Germany’s free-market approach along with roughly 200 000 patients of the medicinal plant makes it ideal for South African exports, reports Business Insider.

Those looking at entering the EU market will first need to obtain the EU’s GMP’s approval. Evaluated and controlled by the European Medicines Agency, the GMP confirms the product’s quality and compliance with specific standards. It also ensures that the product is suitable for its intended use.

While Germany is currently seen as the ideal location for exportation there remain a number of other underdeveloped and less competitive markets in Europe including France, Poland and Italy.